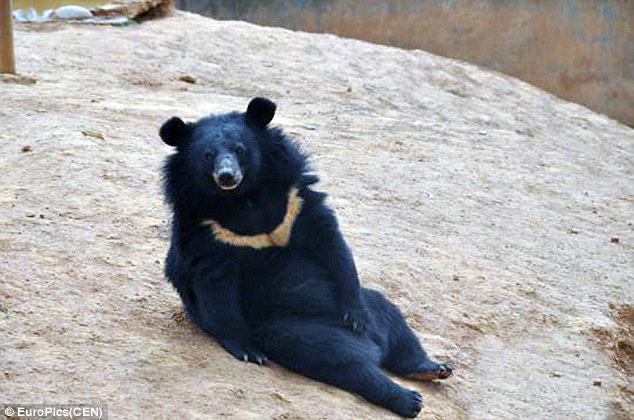 When your puppies kill and devour your pet chickens, it might be a good time to ask yourself whether you’re raising dogs or a different kind of animal. One man in China didn’t see that as a troubling sign though, and it took him a while to realize he had gotten himself a pair of bear cubs rather than puppies.

The man had been raising the animals for two years before realizing what they truly were. Wang Kayui bought the puppies from “mysterious” Vietnamese strangers and took the new pets home, they were very well-behaved – aside from the whole chicken-eating incident.

Mashable reports that when Kayui saw leaflets about endangered species, he finally realized that his bear-like dogs were actually… bears. He found out that he had raised a couple of Asian black bears, which he then turned over to the Forest Public Security Bureau.

From there, the bears were re-homed at the Yunnan Wild Animal Rescue Center. According to a spokesman who spoke to the Daily Mail, the pups are in good health.

Asian black bears are classed as “vulnerable” by the International Union for Conservation of Nature and Natural Resources. Though Kayui may have head a pleasant experience with his Asian black bear pets, the animals aren’t safe to keep, as they frequently attack humans without any real provocation, the site added.