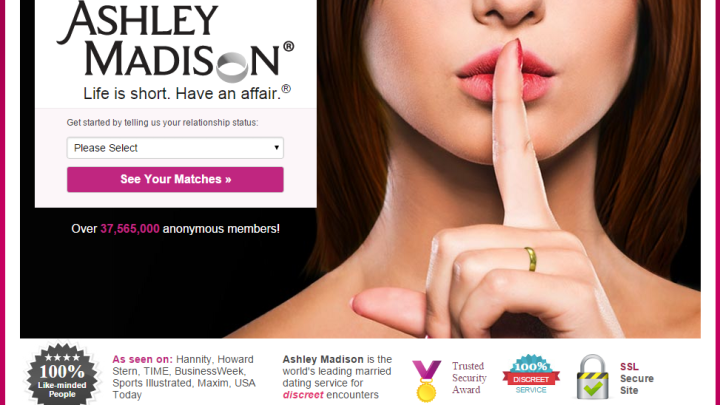 So you decided to cheat on your spouse and you thought extramarital affair website Ashley Madison would keep your identity safe? Oops. KrebsonSecurity reports that Ashley Madison has suffered a major hack that has left personal information of its 37 million members vulnerable.

FROM EARLIER: YouTube is back with a vengeance and is now more popular than cable

“Large caches of data stolen from online cheating site AshleyMadison.com have been posted online by an individual or group that claims to have completely compromised the company’s user databases, financial records and other proprietary information,” writes Krebs. “Besides snippets of account data apparently sampled at random from among some 40 million users across ALM’s trio of properties, the hackers leaked maps of internal company servers, employee network account information, company bank account data and salary information.”

The Impact Team, the group behind the hack, says it’s doing this to expose Ashley Madison’s “complete lie” to customers who paid money to use the Full Delete option on their profiles. Although the website says that for a fee of $19 for the “removal of site usage history and personally identifiable information from the site.” According to the group, the fact that users pay with their credit cards means that their name and address are not removed from the site’s database.

The hackers are demanding that Ashley Madison shut down completely or else it will release information on all 37 million customers. It goes without saying that Gawker is going to absolutely love this, especially given its affinity for supporting blackmail.