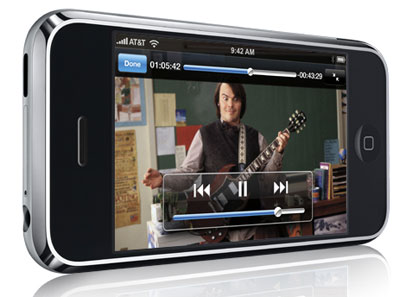 It would be a shame if you could buy one thing and have it work on everything you own, right? Imagine the concept of a DVD that you’ve just bought, also being able to work on your iPhone / iPod without extra software. The rumor floating around is that Twentieth Century Fox, amongst others, are toying with just that. In addition to the regularly-scheduled-program that you’ve bought, new packaging would include an iTunes-ready version, as well. All this for a $3-4 premium. Of course, the instant downside is for those that are already deep into the HD world of movies, whether Blu-Ray or HD-DVD, as the lack of abundance in computer HD readers still hinders compatibility on this new front. But, we applaud the thinking, and hope it comes to light sooner rather than later.