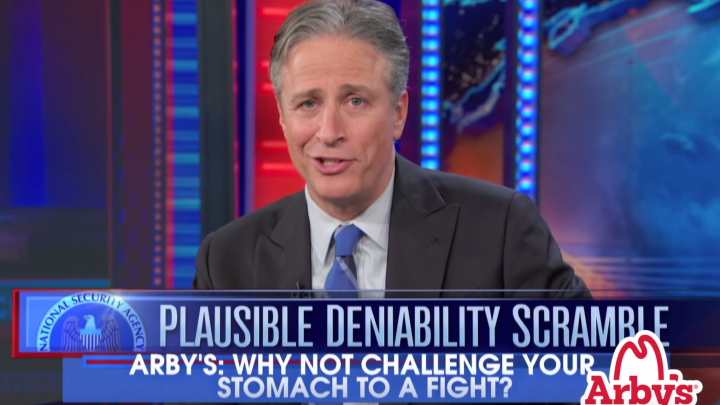 It’s always great (but sadly rare) to see a corporation that has a sense of humor about itself. Arby’s, the fast food chain that was a frequent target of The Daily Show’s Jon Stewart, paid tribute to the departing host this week by releasing a montage of all the times Stewart bashed their food on air. The clips are played with the theme “Thank You for Being a Friend” from The Golden Girls playing in the background.

So what are the best zingers that Stewart got in against Arby’s over the years? For the record, here are our favorites:

The ad ends with the tagline, “Not sure why, but we’ll miss you.” Check out the whole segment below.

Stewart’s last episode of The Daily Show will air tonight, which will also be around the same time that Donald Trump makes his debut on the GOP debate stage. A more fitting coincidence we cannot imagine.