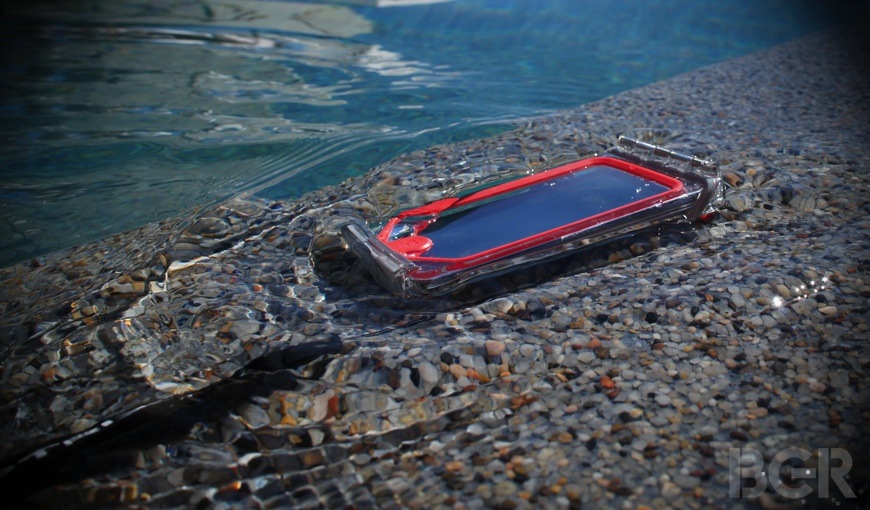 Apple has been lagging behind when it comes to creating a waterproof smartphone like Samsung and Sony have done in the past. 9to5Mac has flagged a new patent that shows Apple is indeed working on making a waterproof iPhone, but not in the way any other smartphone manufacturer has done before.

FROM EARLIER: New report claims the iPhone 6s will give Apple fans something they’ve wanted for a long time

“Rather than make the casing waterproof, Apple’s patent describes a method of waterproofing internal components by integrating a hydrophobic coating with the electromagnetic interference shields used to protect sensitive electronics,” 9to5Mac explains. “This would be a better approach than waterproof casings, which can compromise the design of a phone.”

Although making a waterproof iPhone has never been one of Apple’s priorities, it is something that some Apple fans have said they’d like to see in the future. Right now there are several third-party cases you can buy to make your iPhone waterproof, as well as a crazy $30 spray that will do the same thing. However, none of these would be a substitute for an actual waterproof iPhone that you could dunk underwater without anything else added.

Interestingly, this patent comes at a time when Samsung just decided to ditch waterproofing as a key feature of its Galaxy S series of devices — unlike the Galaxy S5, you won’t be able to drop your Galaxy S6 into water and be confident it will survive.