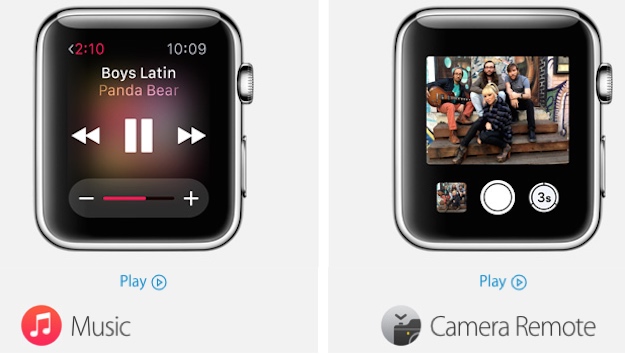 Following Apple’s special media event last week, the company quietly put up a new page on its website detailing all of the apps that will come pre-loaded on the Apple Watch.

While most of the apps shouldn’t come as much of a surprise, Apple’s new watch page features detailed descriptions along with lightweight animations which help demonstrate how the Apple Watch UI will operate.

The Camera Remote app in particular seems like it will be immensely useful.

Apple Watch can be a viewfinder for the iSight camera on your iPhone. So you can take a perfect selfie or join the group shot. See a live preview of what your iPhone sees, then snap the photo or set the timer on the camera.

Apple’s built-in apps aside, the success of the Apple Watch may very well hinge on how quickly users take to third party applications. Much like with the App Store and the iPhone, the imagination and creativity developers are able to infuse into their apps may open up use cases for the Apple Watch that today seem wildly futuristic.

That said, it’ll be fascinating to keep a close eye on how the app store for the Apple Watch takes shape. In the interim, Apple has already highlighted 38 apps that will be available for download come launch day. Not surprisingly, the list of brands already on board includes heavy hitters such as ESPN, The New York Times, BMW, CNN, Expedia, Nike, and many more.