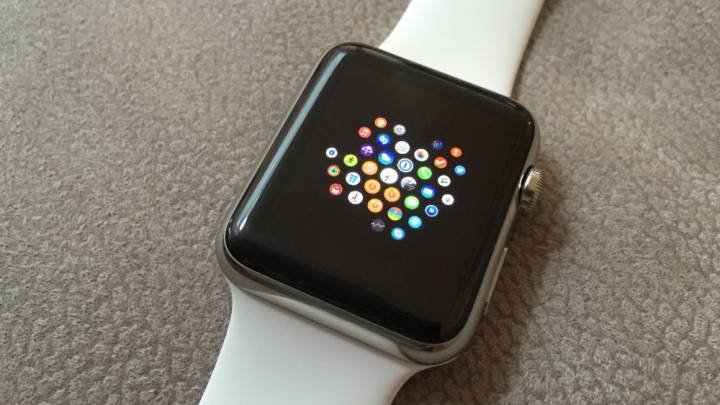 The Apple Watch comes with a bunch of preloaded Apple apps, some of which you’ll find on your iPhone and others that are unique to the watch. But to make the Watch really shine Apple counts on developers to come up with unique ways of bringing their existing iPhone apps to the Watch and turn it into a more useful device.

The company already said it has more than 3,500 apps ready for the Apple Watch, so you should have no problem getting some of your favorite ones on the device. However, dealing with apps on the Watch is just a tad different from on the iPhone or iPad.

Luckily, there’s an app for that, and if you master it you’ll have no issues loading, deleting and managing any app on your Apple Watch.

In what follows we’ll tell you everything there is to know about handing apps on the watch using Apple’s own Apple Watch iPhone app.

Will apps work without the iPhone?

Yes and no. But mostly no. The Watch app is a companion app that requires access to the iOS app installed on the iPhone to work.

How do I find and buy Apple Watch apps?

That’s a really easy one. Just go to the Apple Watch app and select the Featured menu (image below). From there you’ll be able to access and purchase any free and paid iOS apps that have Watch functionality.

How do I install Apple Watch apps?

The best thing you can do while setting up your Watch is to enable automatic app downloads. That means every time you download an iOS app for your iPhone that has an Apple Watch counterpart, it will install on both devices. To do this, simply head to My Watch on the iPhone, then General, and then Automatic Downloads. In there, enable the Automatically Downloads Apps feature.

How do I manually install Apple Watch apps?

Okay, so if you don’t want to clutter that tiny screen with too many apps, you can install iOS apps on the Watch independently. Simply go to My Watch, scroll down and find the app in question. Click on it, like I did with Carrot Weather in the image below, and enable the Show App on Apple Watch option. The app will appear on the Watch’s app screen just like apps are installed on the iPhone. Even better, while you’re in there, you might also want to enable the Show in Glances feature for having that app showing you Glances of its own.

How do I manually delete Apple Watch apps?

You guessed it, you just have to disable the Show App on Apple Watch option from the previous step.

However, for this particular procedure you can delete apps directly from the Watch. Just click and hold an app’s icon, after which it will show an “x” that can be tapped to delete the app.

How do I arrange apps on the Watch’s screen?

Again, there are two ways of going about it. One way is to do it directly from the Apple Watch, by long pressing an app and then moving it around (image above). Alternatively, you can simply go to My Watch on the iPhone, then to App Layout, where you can arrange your apps as you see fit, as seen below.

Not all apps have Glances support, so you have to check each one of them independently. But to have them show up on the Watch in a particular order, you’ll have to head over to My Watch, then hit Glances. In there you’ll be able to customize your own Glances menu as you see fit.

Adding an app to the Glances section from here would also automatically enable its Show in Glances option.

How do I enable app handoff?

In case you’re familiar with the app handoff concept between iOS and OS X, then you’ll absolutely find the same functionality more than convenient on the iPhone and Apple Watch. In case you’re not, then all you need to know is that as long as you have the iPhone close by, you can continue what you started on the Apple Watch right on the iPhone by simply pressing the icon that appears in the lower left corner on the smartphone, as seen in the image below.