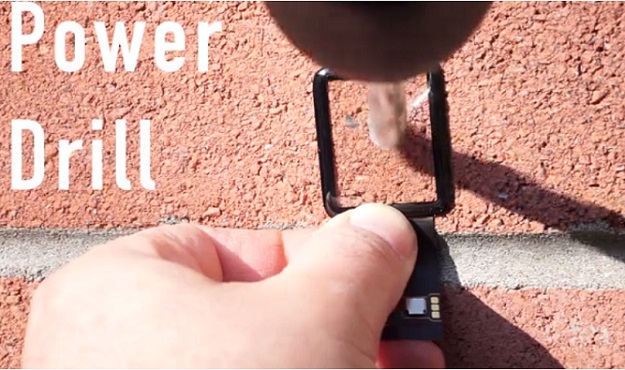 iPhonefixed, a site which specializes in iPhone parts and repairs, recently got its hands on a sapphire Apple Watch display. Sapphire, being the second hardest substance on earth behind diamonds, is a mainstay on high-end timepieces on account of its durability and scratch resistance. Not surprisingly, Apple went with sapphire for its Apple Watch models, save for the Sports edition models that feature Ion-X glass.

The video starts off with the Apple Watch display being rubbed aggressively against a stone wall, before being roughed up by a parade of items including coins, keys, and abrasive paper. At one point, the sapphire display is even hit with a hammer and a damn power drill! Prospective Apple Watch buyers will be glad to know that the display survived 100% intact, with not a scratch or scuff to speak of.

iPhonefixed’s video can’t be embedded, but it’s definitely worth checking out over here.

Saving the day, though, is Benjamin Mayo of 9to5Mac who managed to put the video up on YouTube.

If you have a thing for watching expensive electronics get abused, you might want to check out this Galaxy S6 Edge torture test as well.