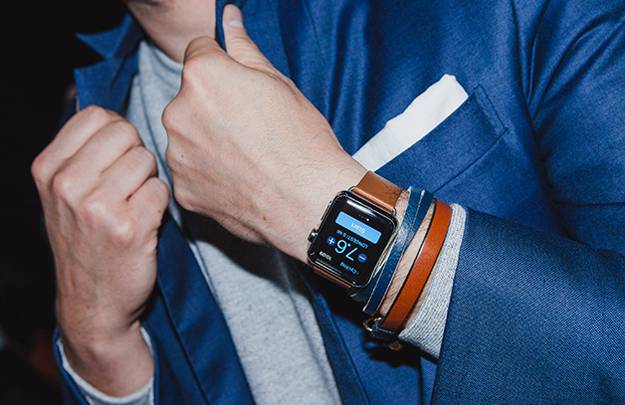 In turn, we’ve seen the usual carousel of critics come out and boldly declare that the Apple Watch is a flop. While such stories certainly make for intriguing headlines, there simply isn’t enough evidence to support such a theory this early on in the game.

Here’s the thing: even if we assume that Slice Intelligence’s methodology and sales figures are accurate, the idea that 3 million in Apple Watch sales in just 3 months time constitutes a flop is laughable.

Rightly or wrongly, everything Apple has released since 2007 is immediately compared to the iPhone.  That said, let’s be frank: the Apple Watch is not nearly as revolutionary a device as the iPhone was. It’s not even close.

So why, pray tell, are we still preoccupied with examining the success of the Apple Watch through the prism of a completely different device? While such comparisons are simple and easy to digest, they’re far from instructive.

Before the “Apple Watch is a flop” bandwagon falls off the rails, perhaps we should go back in time, back before the iPhone was even a glimmer of a thought in Steve Jobs’ head, and look at the iPod.  Though it’s been a while since the iPod was at all relevant, recall that Apple’s music player, at its peak, was an absolute juggernaut. In addition to attaining both critical and mainstream acclaim, it simultaneously padded Apple’s bank account with billions. No matter what lens you examine the iPod through, it’s impossible to deny that the device was a game changing product through and through.

Yet if we go back to October of 2001, back when the original iPod was released, sales were far from explosive. In fact, initial iPod sales were far lower than initial estimates of Apple Watch sales.

Here’s the cold hard data: By the end of 2002, after the iPod had been on the market for 15 months, cumulative iPod sales checked in at just 600,000 units. Believe it or not, it took Apple nearly two years before they even sold their one millionth iPod. By the end of 2003, about 27 months! after its initial introduction, Apple finally sold its two millionth iPod.

Truth be told, iPod sales never really began to skyrocket until 2004, a good few years after its initial introduction.

And yet, critics and pundits, so quick to forget the past, are curiously quick on the trigger to declare the Apple Watch a flop without even giving the product line time to mature.

Before we get all pessimistic about the Apple Watch, let’s consider a few things:

Taking all of that into account, are we really supposed to believe that 3 million unit sales is something to scoff at? By way of contrast, it took Pebble about two years to sell one million units of their own wearable. Apple managed to trump that figure in just three months.

In what world are we living in that people expect sales of an expensive accessory to match up with the once-in-a-lifetime product that was the iPhone? In what world does selling 3 million units of a high-margin device, in a product category that was previously non-existent in a mainstream sense, constitute a failure?

All we can say with absolute certainty is that making a final call on the Apple Watch is pretty absurd, especially given Apple’s penchant for significantly increasing the value proposition of its devices with each passing generation.

At the end of the day, it’s important to remember that the Apple Watch is an expensive accessory. Moreover, it’s a watch, a device that was practically made extinct by the smartphone revolution. And through it all, Apple still managed to sell 3 million units.

If forced to choose, that sounds more like a promising success than a failure.