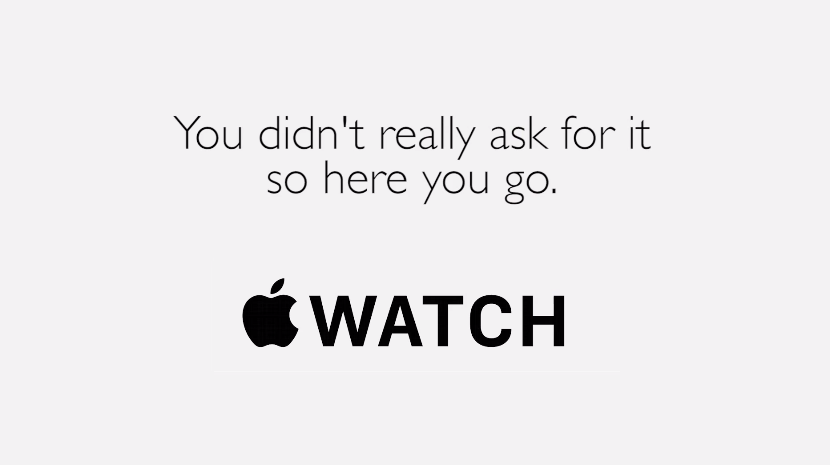 Is the Apple Watch the next big thing? Or is it just another smartwatch that people might buy, use a couple of times and then stuff into their desk drawers? A new parody video from jacksfilms makes the case that the Apple Watch — and smartwatches in general — are overhyped products that have questionable utility and that meet a demand that simply doesn’t exist. Or as the video’s mocking slogan puts it, “You didn’t really ask for it, so here you go.”

Among other things, the video ridicules that idea of navigating through iOS Maps and picture galleries on a tiny display, of using the Apple Watch to share your heartbeat with someone else, and of setting the date on the device “just like a real watch.” The video also picks on the Apple Watch’s battery life, which will reportedly require you to charge it every night, and the fact that it won’t work unless paired with an iPhone 5 or later. And for good measure, it also takes shots at Apple’s recent iCloud security woes to make fun of Apple’s assurances that it will be safe to buy things using credit card data stored on Apple’s Touch ID system.

In all, the video raises some real questions about whether smartwatches are an innovation that we really need or are just a solution that’s in search of a problem. Check out the whole thing below.