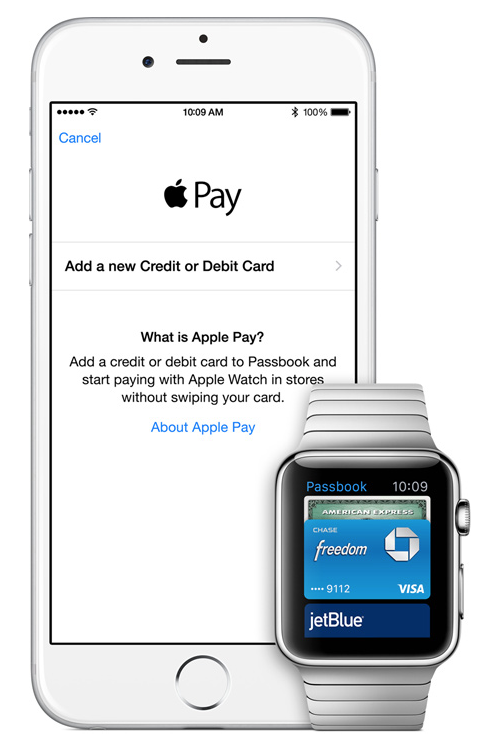 As applied to Apple, the ‘halo effect’ refers to the dynamic wherein the popularity and success of one product incentivizes  consumers to purchase other Apple products they might not otherwise have given a second look.

The first notable example of this dynamic was seen when the iPod became a household name back in the mid-2000s. Building on this, the unparalleled success of the iPhone and iPad further served to familiarize the masses with the Apple brand, thereby having a discernible impact on Mac sales overall.

Looking ahead, with the Apple Watch launch on the horizon, Apple’s most impactful halo effect yet may be just around the corner.

All of Apple’s successful mobile products are essentially independent entities. You can be enmeshed in the world of PCs and still enjoy your iPhone. You might love using your iPad Air but that’s not necessarily going to prevent you from buying the upcoming Galaxy S6.

The Apple Watch, though, is different. The Apple Watch will only work in conjunction with a paired iPhone. And for a variety of business and technical reasons, that requirement will likely never change.

Now that being the case, the potential pool of Apple Watch users is somewhat constrained as it’s limited to iPhone owners. But that seemingly limiting factor may ultimately prove to be a huge money maker for Apple. If the Apple Watch proves to be sufficiently compelling and useful, it stands to reason that Android and Windows Phone owners will be more inclined to make the iPhone switch than ever before. For some users who have been on the fence about making the switch, the Apple Watch may very well be the slight nudge they need to make the jump.

This all bodes very well for Apple given that the iPhone enjoys extremely healthy margins. But the Apple Watch halo effect may very well extend beyond the iPhone and touch the entirety of Apple’s product line.

PC users who experience Continuity on AppleWatch will want it on their tablets and, after having it on a tablet, will want it on their computer (or vice-versa). Further, some AppleWatch apps enable things that would not be possible with just one device–like Camera Remote for iPhone camera or Remote for AppleTV–and this, too, will demonstrate to users the gains that can be had from having multiple Apple devices. The iPod and iPhone created Halo Effects because they demonstrated to users the additive benefit of having an Apple device, but the AppleWatch Halo effect will demonstrate the exponential functionality of having multiple devices in the Apple ecosystem. And starting at just $349, even cheaper than the iPod, the benefits of the Apple ecosystem are incredibly accessible. By increasing the Android switch rate, engagement with Apple’s brand, and demonstrating the benefits of the Apple ecosystem, the AppleWatch will create the biggest Halo Effect yet.

Great points all around.

Especially today, in our increasingly connected world, the value and allure of a tightly integrated ecosystem the likes of which Apple expertly provides is stronger than ever. While there’s no guarantee that the Apple Watch will be a huge homerun for Apple, it’s safe to assume that if it is, the device’s success will reverberate across much of Apple’s product line.