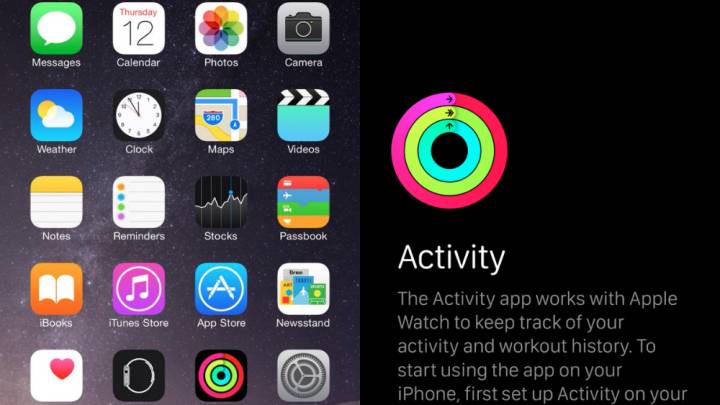 Apple’s iOS 8.2 update brings Apple Watch compatibility via a special app that lets users pair the smartwatch with the iPhone, but that’s not the only new Apple application included in the iOS update, as developer Hamza Sood has discovered.

DON’T MISS: How to stop cell phone companies from secretly selling your info to advertisers

The iOS 8.2 build also contains a special fitness app called Activity that appears on the iPhone’s home screen once an Apple Watch is paired with the device. As soon as Activity is set up on the Watch, the app is unlocked and can be used on the iPhone.

The application has already been shown in marketing materials, and should offer users access to fitness data, displaying the same activity rings you get to see on the Apple Watch for standing, walking and exercise. Without a Watch though, the fitness app is pretty much useless.

The iPhone app stores data captured by the Watch, and it’s able to show stats over time as well as achievements. Unsurprisingly, the app can share data with the Health app, which means other third-party health apps can access that data to offer additional features, assuming you decided to allow them access to it.

More images showing this hidden iOS 8.2 Activity app follow below. And hey, now you have another app to whine about!