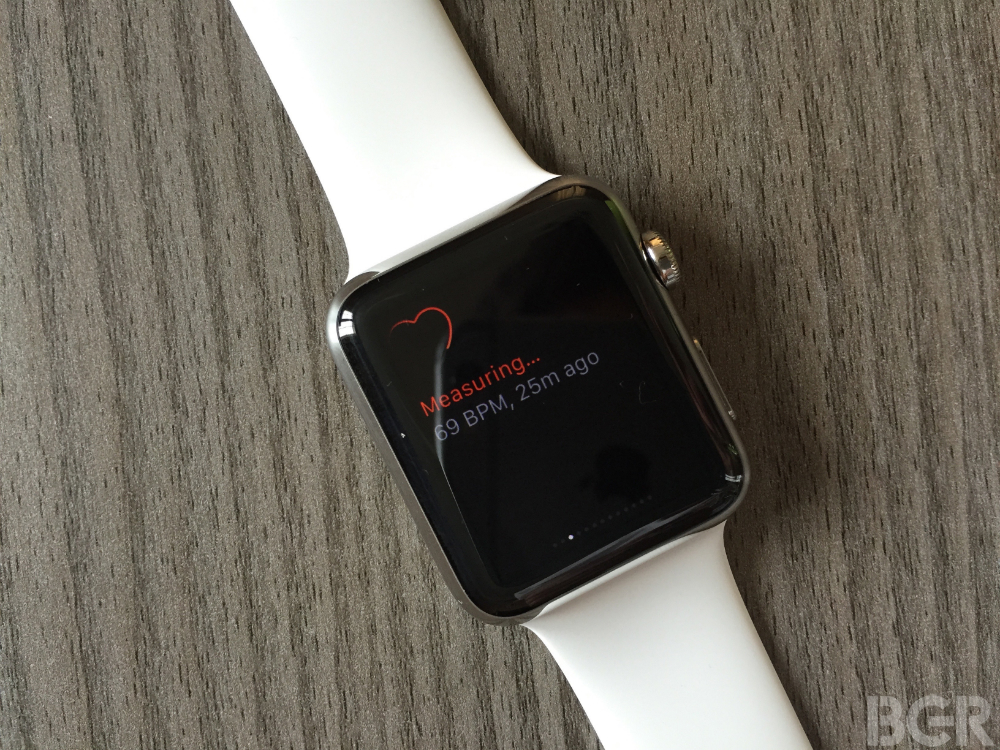 Soon after Apple released Watch OS 1.0.1 for its smartwatch, fitness enthusiasts noticed that the Watch isn’t measuring heart rate data every 10 minutes anymore, as it did prior to the update. Many assumed this was simply an Apple oversight that would be fixed in an upcoming maintenance update, but it turns out that might not be the case.

Apparently, recording your heart rate in the Health app sporadically rather than every 10 minutes or so is a feature rather than a bug. At least that’s what an updated Apple Watch heart rate sensor support document says, as discovered by 9to5Mac.

It appears the Apple Watch won’t record your heart rate when you’re moving, Apple explains. The original version of the support document did not include this caveat, and it’s not clear why Apple decided to make the change in Watch OS 1.0.1.

Users who want to consistently monitor their heart can always turn on the Workout app on the Watch and start a new session. In Workout mode, the heart rate sensor will record data continuously, but the downside is that it’ll eat battery like in the processes.

You can also just add “Heartbeat” to Glances for quick access to your pulse.