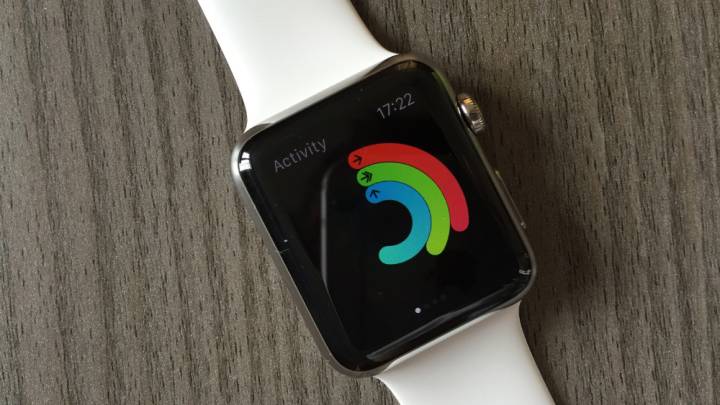 One of the key selling points of the Apple Watch is its ability to not only monitor your activity, but to promote a healthier lifestyle as well. Granted, the Apple Watch isn’t as functional as some dedicated fitness trackers you’ll find out on the market, but creating an all-knowing fitness device wasn’t what Apple set out to do.

Delving into the whole notion of the Apple Watch as a health advisor on your wrist, Outside recently sat down for a wide-ranging interview with Jay Blahnik, the fitness expert Apple hired to oversee the health aspects of Apple’s wearable.

With fitness trackers quickly growing in popularity, some of which feature an extensive array of features, Apple’s approach with the Apple Watch was a bit different. Which is to say, Apple didn’t set out to develop the most comprehensive fitness tracker on the planet, but rather a device geared more for the average consumer than a fitness buff.

“The team really focused on saying, ‘As fitness and activity and trends come and go, what would always be a good recommendation?’” Blahnik explained. “It came down to sit less, move more, and get some exercise.” That formula became the foundation of Activity, the Watch’s all-day fitness tracker app.

One of the more interesting aspects of the interview is what Blahnik had to say about the Apple Watch in relation to more serious athletes. While some folks who get a lot of exercise in during the week may not think a device like the Apple Watch provides much utility, Blahnik notes that even individuals who exercise and then remain sedentary for the rest of the day can benefit from simply moving around more during the day, something which the Apple Watch encourages.

[You] might be very, very fit, but if you’re also very sedentary, there are health risks associated with that. Not moving is dangerous. Regardless of how often you exercise, being active throughout the day in big and small ways is really important. I think this is how we need to look at things across the board. As a population, we’ll be healthier and live longer not because of any one single workout or minute of standing, but by how it all collectively adds up and interacts.

We’re hearing from elite athletes who say, “I never really thought I needed an activity tracker, because I get up in the morning and do a three-hour bike ride or I run ten miles. But I found out that I’m sitting a lot.” They’re motivated by that. Or they’re learning that they’re actually burning more calories than they realized by moving throughout the day. It’s not just a beginner sort of story.

Indeed, it’s not an argument without merit. Though the Apple Watch is only a few months old, we’ve already seen more than a few testimonials from users who claim that they’ve been able to use the Apple Watch as motivation to get in much better shape and live a healthier lifestyle. For some, this might mean going on longer runs. For others, it may be something as simple as walking around more during a long 8-9 hour day at the office.

Also worth noting is how serious Apple takes its fitness software. While the Apple Watch may not provide any revolutionary new features, the software which underlies the features it does have is the result of countless hours of research. Impressively, Blahnik relays that Apple likely owns more exercise data than “any other university, sports lab, or research institution in the world.”

All in all, the entire interview is well worth a read for anyone interested in the health and fitness aspects of the Apple Watch and what Apple may have in store for us in the future. Without question, health is one of the bedrocks of the device and one can only assume that its functionality and overall utility will improve by leaps and bounds with subsequent iterations.