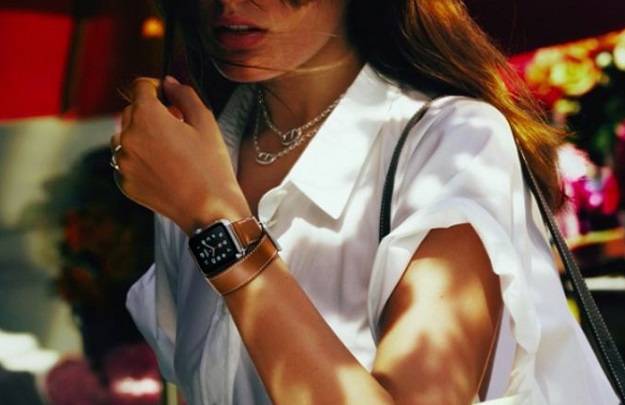 The Apple Watch is fascinating device for a number of reasons, not the least of which is that it speaks to Apple’s ultimate goal to break free from the traditional shackles of consumer technology. First and foremost, the Apple Watch is arguably the first device to truly bridge the gap between technology and fashion. Sure, we’ve seen smartwatches before, but Apple is the first company we’ve seen to truly approach the product category from a decidedly fashion-oriented angle.

Apple’s fashion-oriented approach with the Apple Watch first became apparent when it began hiring a who’s who of folks from the fashion world, including current Retail VP Angela Ahrendts, formerly the CEO of Burberry. In practice, Apple’s vision of the Apple Watch as fashion accessory is plainly evident in the sheer number of bands and styles the company released at launch. Even more recently, Apple partnered with the luxury brand Hermes to create an exclusive line of Apple Watch bands that strongly signal Apple’s commitment not only to technology, but to the broader notion of technology as a lifestyle.

“As products become more personal, something that is worn on the wrist put us in the space of fashion,” Ive said. “These are issues close to our hearts. Our understanding will temper and define future products we’re working on. We’re only starting.”

There are two notable takeaways we can glean from Apple tackling the fashion angle with full force. First, it shows the seriousness with which Apple believes in the Apple Watch as a lifestyle product. Rather than some accessory it released to join some passing fad, Apple clearly believes that the its new wearable will one day grow to be an important cornerstone of its product lineup. Two, it gives Apple a tremendous amount of credibility in the fashion space, while simultaneously giving prospective buyers the assurance that they won’t be buying into a device that screams ‘nerd’. In short, the Apple Watch is a smartwatch for the masses.

With Apple’s ongoing push into the world of fashion, it further entrenches itself as brand synonymous with lifestyle products, thereby lending even more credibility to the ever-increasing swirl of rumors suggesting that an Apple Car will be the company’s next big thing. In other words, the Apple Watch, as a device that was initially seen as a product completely outside of Apple’s wheelhouse, demonstrates that Apple is prone to deliver the unexpected. The Apple Watch, in effect, makes the notion of Apple releasing a car much less far-fetched.

As a final point of interest, Ive briefly touched on how Apple harbors no preference for arbitrary design or manufacturing methods. On the contrary, the company opts for whatever gets the job done.

Ive later added that he still draws “with a pencil and paper every day” and that Apple is partial towards blending “traditional and modern techniques” when creating and designing new products.