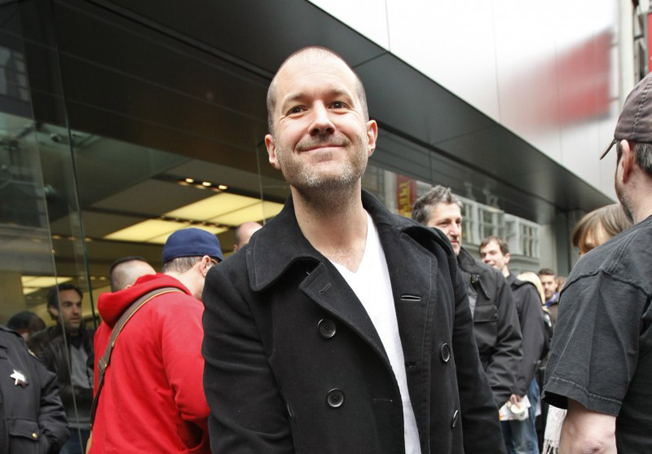 I don’t mean to pick on Jony Ive but… actually, yes, I do mean to pick on Jony Ive. Earlier this week I wrote about Ive’s utterly ridiculous criticism of Motorola in which he slammed the company for letting its customers customize their Moto X phones through the Moto Maker service. This program was apparently so repulsive to Sir Jony’s sensibilities that he went so far as to accuse Motorola of “abdicating” their responsibilities as designers. Now a new report from Cult of Mac shows that Ive’s criticism is even more boneheaded than I originally thought.

Basically, Cult of Mac has noticed that some fresh pictures of the Apple Watch show that the device’s digital crown can have different colors that can match the color of the watch’s wristband. This suggests that you might be able to… be sure you’re sitting down… customize the Apple Watch’s crown color!

Now let’s recall exactly what Jony Ive slammed Motorola for, in his own words: “Their value proposition was ‘Make it whatever you want. You can choose whatever color you want.’ And I believe that’s abdicating your responsibility as a designer.”

Obviously, I don’t think Jony Ive is really abdicating his responsibility as a designer by letting you pick your Apple Watch’s crown color. In fact, I think it’s great that Apple has started giving its users more customization options in recent years, not just with the Apple Watch but the colorful iPhone 5c as well.

All the same, this saga does show how much brilliant people can be utterly full of it when they want to be.