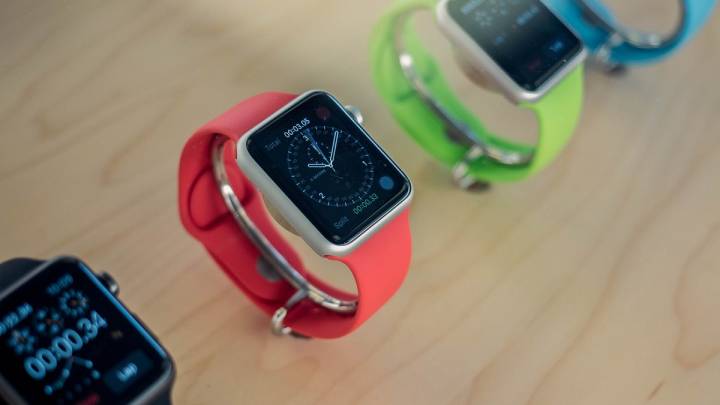 The Apple Watch is far from a failure. It seems to be growing in popularity with each passing quarter and overall consumer satisfaction with the device appears to be extremely high. Still, the Apple Watch hasn’t exactly taken off in the way that some analysts were anticipating. Nearly one year after the device first launched, Morgan Stanley analyst Katy Huberty’s May 2015 prediction that Apple would sell upwards of 36 million units during the first 12 months of availability is downright laughable.

One of the issues preventing the Apple Watch from picking up steam is that the device still lacks an appealing killer app. As we detailed last week, even Apple seems to be somewhat grasping at straws as it tries to decide how to best position the device, evidenced by the company’s strange obsession with telling users how accurate the clock on the Apple Watch is. Sure, the Apple Watch does a nice job of relaying notifications and tracking various health metrics, but those features are hardly sufficient to transform the device into a must-have product as opposed to merely an interesting accessory.

Recently, noted iOS developer Marco Arment penned a thoughtful post explaining how the Apple Watch unintentionally spurred his newfound interest in mechanical watches. In the process, Arment echoes some commonly raised complaints about the Apple Watch, all of which support his contention that Apple’s wearable is, at the core, a “confused product.”

The Apple Watch is a confused product, designed like a tiny iPhone, which is as misguided as it would’ve been to design the iPhone with the Mac’s UI and app structure. The result is promising, but clunky and slow. It could be so great at its three most useful functions — notifications, activity tracking, and timekeeping with robust complications — if only they were more reliable and better executed. Someday, I hope they are.

To be great, the Apple Watch needs to be rethought to do less, better. I see no signs that Apple is heading in this direction, but never say never.

Extremely fair points. It’s worth noting that the iPhone when it first launched was missing a number of features, including 3G connectivity and support for cut, copy, and paste, but what the original iPhone was able to do it did extraordinarily well. With the Apple Watch, Apple packed in an incredible number of features and options, and as a result, the polish typically associated with Apple products isn’t as apparent on the Apple Watch.

Timekeeping on the Apple Watch is especially frustrating: it gets you hooked on having the time always shown on your wrist, but like most of the Watch’s features, it’s unreliable. The screen stays off unless you tap it or twist your wrist, and if it doesn’t recognize the motion properly, you’re just staring at a blank screen until you get impatient and perform a second, exaggerated wrist motion, hoping nobody’s watching.

Even when it works perfectly, there’s a delay of about a second between when you raise your wrist and when the screen turns on. This is fast and convenient compared to checking the time on your phone, but feels like an eternity if you’re accustomed to glancing at a regular watch and having the time already being displayed, every time.

Again, these are all fair points. And while these complaints aren’t necessarily deal breakers, they do help illuminate why the Apple Watch hasn’t yet become a mainstream product worthy of having its sales figures publicized.

Though Arment also had a number of nice things to say about the Apple Watch, he appears to have been permanently lured in to the addicting world of mechanical watches. One of the interesting themes of Arment’s piece is that the Apple Watch got him to actually care about fashion, so much so that the relatively limited options presented by the Apple Watch ultimately helped drive him away from the product altogether.

Arment’s entire piece is well thought and certainly worth reading in its entirety. While we often hear of user’s jumping ship from the iPhone to Android or from mechanical watches to more high-tech replacements, there’s something intriguing about someone opting for a product that provides less utility but, perhaps, more enjoyment in the process.