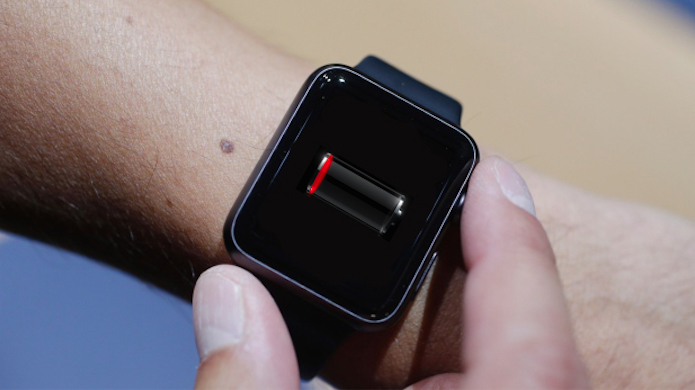 Apple claims that the Apple Watch delivers some 18 hours of battery life, with the 42mm model being slightly more generous according to Apple’s own estimates. But that might not be enough for some smartwatch users who might use the device more than what Apple assumes in its test scenarios. In fact, some people might run out of battery life a lot earlier, but Apple has come up with an interesting feature for such instances. And no, it shouldn’t look anything like the Apple Watch mock image above.

FROM EARLIER: Awesome news: The Apple Watch’s battery can be replaced

Once the battery gets too low on the smartwatch, the gadget goes into a Power Reserve mode that lets you see the time for up to 72 hours from the moment it’s activated — that’s good for checking the time each hour for four times, with each check lasting 4 seconds.

In fact, if you should only check the time on the device and do nothing else, the device should be good enough to last up to five days, according to Apple’s official estimates.

More details about the Apple Watch’s battery life are available at this link.