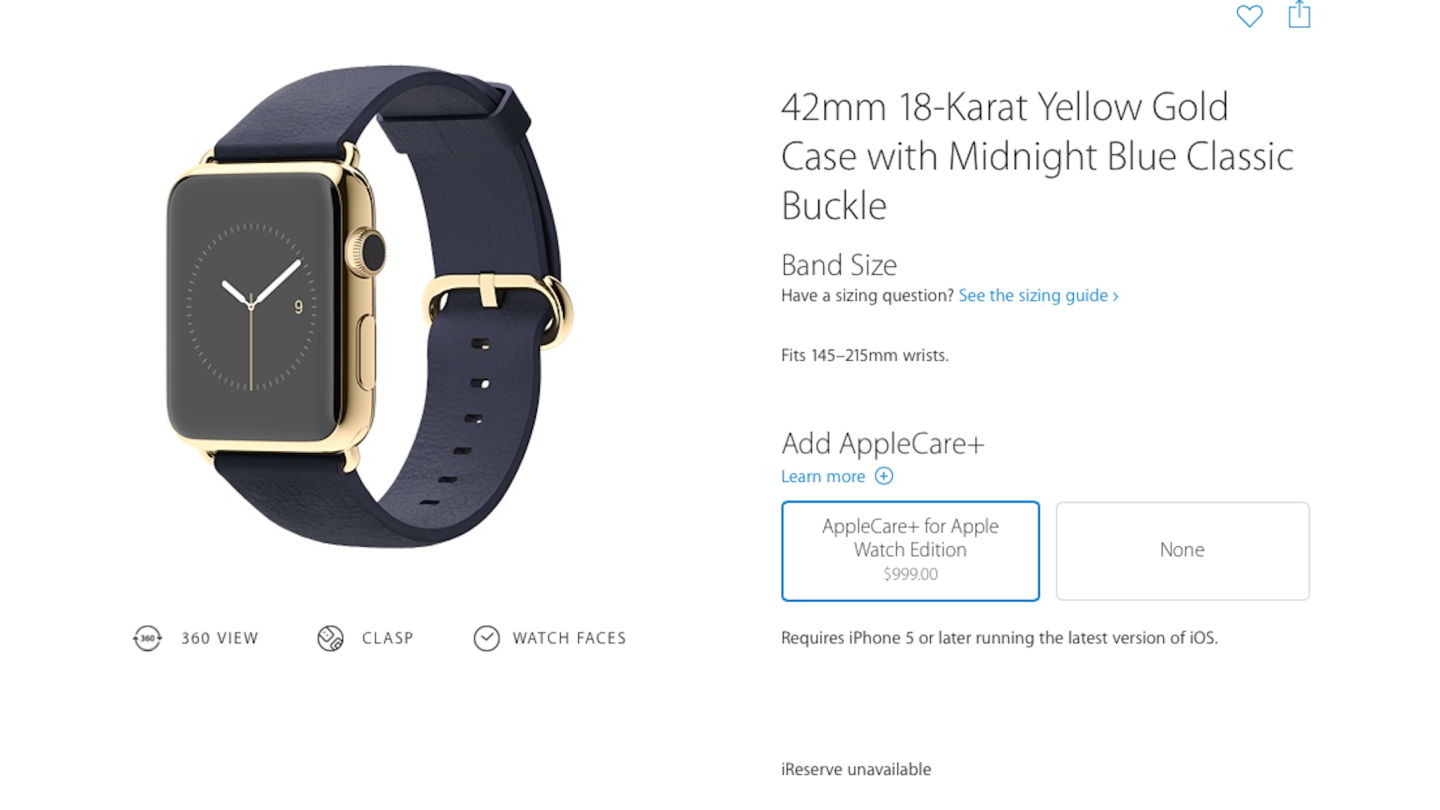 READ MORE: Every gorgeous iPhone 6 case we’ve ever recommended – plus 4 new ones

9to5Mac reports that the extended protection plan for the Apple Watch Edition will cost a whopping $999.00, but it comes with several added benefits that aren’t available for cheaper models of the Apple Watch.

The Apple Watch Edition already includes two years of 24/7 support and a private hotline for setting up the device; AppleCare+ will add a third year of support as well as support for two incidents of accidental hardware damage.

The prices are much more reasonable for the Apple Watch Sport and standard steel Apple Watch, coming in at $59 and $79 respectively. AppleCare+ for the more affordable Apple Watch models will extend technical support from one year to two and will add support for two incidents involving hardware damage.

9to5Mac has also learned that Apple will not conduct repairs at Apple Store locations. Apple will either ship the watches off-site or simply replace them in-store.

The Apple Watch will be available to try on at Apple Stores beginning on April 10th, and will then launch on the 24th. You’ll be able to add AppleCare+ protection to your watch at the time of purchase.