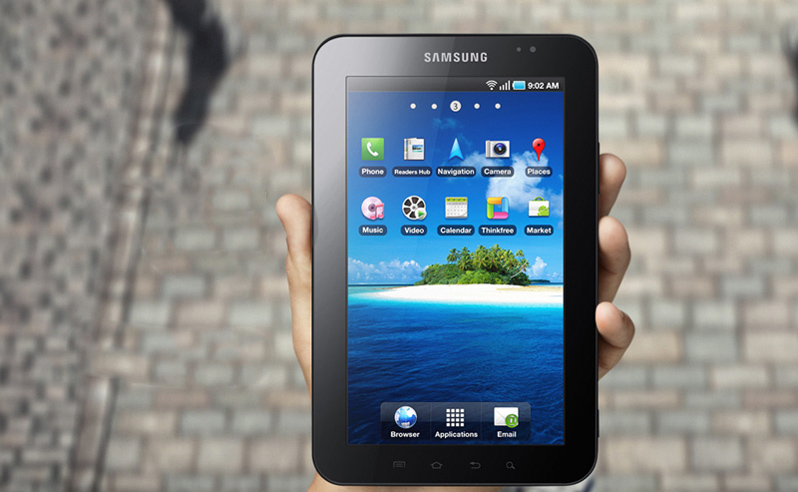 An excerpt from Yukari Iwatani Kane’s “Haunted Empire: Apple After Steve Jobs” published by Re/code reveals more details about the events that preceded Apple’s decision to sue Samsung. Apparently, despite Steve Jobs’s statements on going thermonuclear against Google no matter the costs, Apple was initially not so eager to sue Samsung, trying to settle the matter out of court, in order to preserve a good relationship with one of its main suppliers.

In 2010 Apple happened to be one of Samsung’s biggest customers, spending $6 billion annually on Samsung microchips, memory chips and displays. That’s the same year when the Galaxy S was launched, the first meaningful Android handset from Samsung, and a device that looked a lot like the iPhone 3GS launched a year earlier. According to Kane, Tim Cook was particularly “wary” of endangering the business relationship between the two companies by pursuing a patent-based legal fight.

Thus, company execs and lawyers from the two companies went back and forth over licensing fees for months before Apple decided to sue. In mid-2010 Jobs and Cook met Samsung’s Lee Jae Yong in Cupertino, warning him that he needed to stop copying their products. In the following six months, the two companies engaged in “a series of peace talks in an effort to avert a protracted legal battle.” Apple’s counsel even delivered a 67-page report in which it showed how the Galaxy S phone was infringing on Apple’s patents, asking Samsung to change its designs and license technology from Apple.

However, Samsung refused to acknowledge any similarities – ironically, in the first Apple vs Samsung suit, it came to light that Samsung had its own extensive 132-page report on the iPhone design and features, whose look and feel it tried to copy – and accused Apple of infringing on its own patents, proposing “a cross-licensing agreement, in which both parties would agree to let the other be.”

In September 2010, Samsung launched the 7-inch Galaxy Tab tablet, a device that was met with significant criticism from Steve Jobs during a now-famous Apple’s earing report. In following talks, Apple asked $30 per smartphone and $40 per tablet in licensing fees, proposing a 20% discount for licensing Samsung’s own patents. Samsung would have had to pay $250 million in licensing fees that year.

Samsung refused the offer. “In the discussions, Samsung’s legal team sent mixed messages. Officially, they refused to budge on their position, but in an informal conversation over lunch, they had indicated a willingness to negotiate,” Kane writes. “For months Apple had held out hope that the Samsung camp would ultimately be willing to work out an acceptable deal that would allow them to avoid a courtroom battle.”

However, it was the Galaxy Tab 10.1 that was unveiled in February 2011 that settled the matter for Apple, convincing it to go to war against the company. “The tablet device was more like the iPad, not less. Samsung seemed inclined to edge as close to the line as they could unless it was forced to retreat,” Kane adds.

Since the “war” started, the two companies have been engaged in several court-mandated negotiations, but failed to reach a settlement, with Apple already winning a first patent case in the U.S. against Samsung. Meanwhile, their business relationship continued, as each side still needs the other. However, Apple has been trying to shift component production from Samsung to other suppliers in recent years.