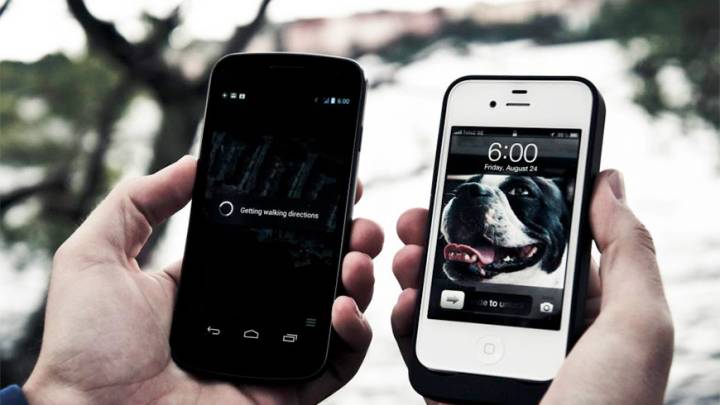 According to Apple, Samsung has stolen a number of key iOS features and design elements, and used them when making its Galaxy smartphones and tablets. Back in 2012 a jury agreed to some extent, and Apple was ultimately awarded nearly $1 billion in damages as a result. Now, Apple and Samsung find themselves in Judge Lucy Koh’s California court once again to argue over whether or not Samsung stole a different set of patents owned by Apple.

Wondering exactly what Apple is claiming Samsung swiped in its Galaxy smartphones this time around? Here’s everything you need to know:

9to5Mac on Tuesday put together a nice quick list of the five patents Apple is suing Samsung over right now. There’s plenty at stake in this new trial; Apple is seeking about $2 billion in damages in this trial, which means we’re talking about an average of $400 million per patent.

What does $2 billion worth of patents look like? Here are the five patents Apple is suing over:

Patent 5,946,647: “System and method for performing an action on a structure in computer-generated data”

This patent covers iOS’s ability to recognize certain text strings and automatically add links. For example, if you get a text message that says “Meet me for a drink tonight,” the word “tonight” will automatically have a link applied. Tapping the link will prompt you to add a new entry to your calendar.

Patent 6,847,959: “Universal interface for retrieval of information in a computer system, a patent that Apple claims is central to universal search”

Apple’s universal search patent covers technology that allows the device to simultaneously search local content as well as content on the Internet.

This patent covers the way that Apple’s iPhone and iPad synchronizes data in the background while users continue to add new data.

Patent 8,046,721: “Unlocking a device by performing gestures on an unlock image”

Every iOS device user on the planet is very familiar with this technology, which has been the first thing users see when they pick up an iOS device since the first iPhone debuted in 2007. The patent describes a system whereby a device will be unlocked by performing a gesture over a lock screen image.