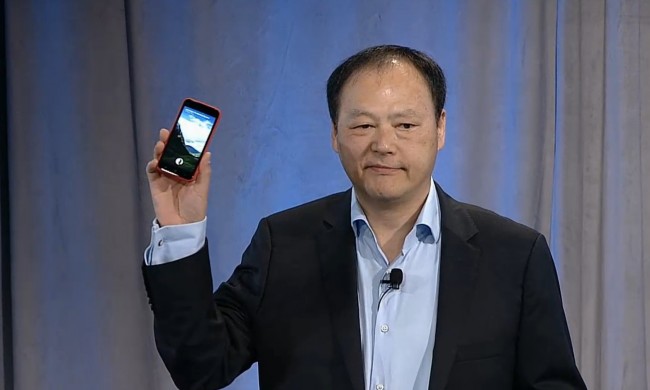 The new comScore report on U.S. smartphone subscriber market share has one major surprise: Apple managed to increase its American market share to 42.1% in June from 41.4% in March. This is fairly astonishing considering it has been nearly a year since Apple rolled out new models but particularly since Samsung launched its brand-new Galaxy S5 in April and HTC rolled out its much ballyhooed One (M8) in March. So two leading Android vendors debuted their well-received flagship models during the spring… and Apple’s American market share still inched up another notch.

We know now that Samsung’s Galaxy S5 was indeed somewhat disappointing, since Samsung missed its Q2 2014 phone revenue consensus. And we know that HTC’s One (M8) has been a bitter letdown for the company, because HTC just reported a 51% sequential sales decline between months of June and July. So if the most important product launches of Samsung and HTC led to weak summer performances even before Apple introduces the new iPhone 6 models… what on Earth will happen to the Android vendors in October-December period?

Samsung is clearly hoping that the Galaxy Note 4 can bring back some high-end sizzle to its smartphone line-up. But as fate would have it, the Note 4 is now expected to be announced on September 3rd, just 144 hours before Apple is going to unveil the iPhone 6. This leaves the Note with preciously little breathing room.

In previous years, the close debuts of Note and iPhone models have not been a big issue because Apple used to stick to smaller display sizes and Note models dominated the phablet segment. But this time around, Apple is invading Samsung’s turf directly, with one of the new phones expected to boast a 5.5 inch screen.

The latest consumer trends in the U.S. reflected by comScore mean that HTC and Samsung may need to rely on broad surge in handset upgrade demand in the American market come the Christmas quarter. Apple’s momentum heading into autumn is formidable.