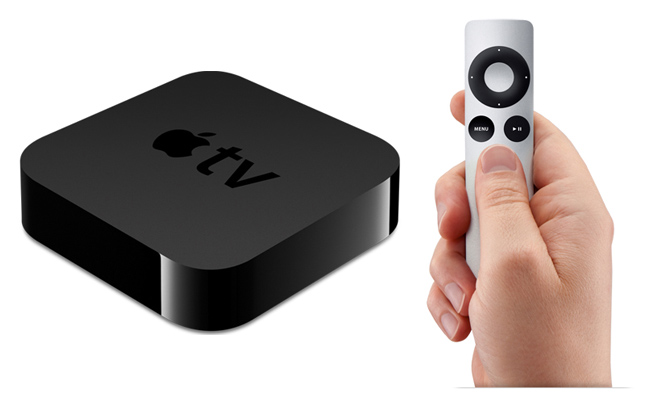 In light of CEO Tim Cook’s newfound “intense interest” in fixing up today’s backwards TV experience, Apple (AAPL) is reportedly preparing to update its second- and third-generation Apple TV boxes with Bluetooth support, according to 9to5Mac. The news comes from an analysis of the latest beta Apple TV beta software and suggests a wireless keyboard can be attached to make media controls and search much easier – a move that mirrors Google’s (GOOG) Google TV. But, there’s a catch – Bluetooth will reportedly be limited remote control input support and won’t support accessories such as Bluetooth speakers.

Matching the Bluetooth keyboard support report is a discovery by Mac OS Ken that suggests Apple could finally be adding apps to the black box too. But 9to5Mac says the “Apps for Shopping” and “Holiday Cooking Apps” categories showing up on the Apple TV could be accidental leftovers from iPhone and iPhone since they share the same underlying code. Either way, the prospect of Bluetooth keyboard support and apps would give Apple’s $99 box a much-needed boost in functionality.