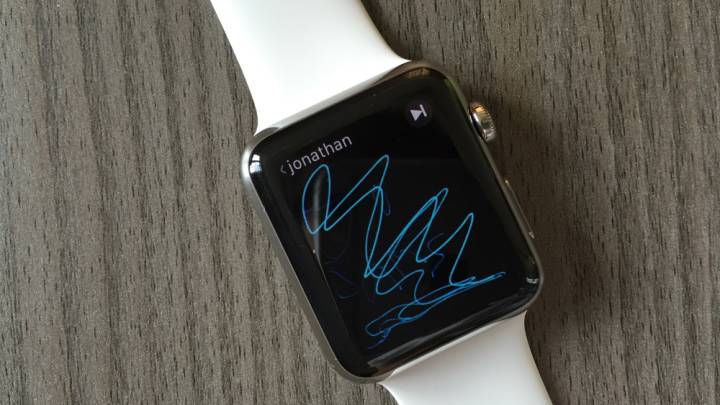 One of the cooler Apple Watch features is something called Digital Touch, which lets you share doodles, taps or heartbeats with fellow Apple Watch owner. And guess what, Watch owners — there’s a hidden trick that makes Digital Touch even cooler, and it will leave your friends wondering how you did it.

As Cult of Mac reports, a few creative Apple Watch owners have found a hidden palette of colors for Digital Touch that isn’t obvious when you’re using the device. They shared their findings on Reddit.

The reason most people aren’t aware of it is the fact that it requires you to use Force Touch, a new gesture devised by Apple to interact with the Watch. Of course, it isn’t always clear to the user when Force Touch gestures are usable, which only confuses matters further.

To access more colors, press the contacts button (the one under the Digital Crown button), select the friend you want to send Digital Touches to, and press the finger button that appears under his name.

Once the Digital Touch app is open, simply press the color circle in the top-right corner and you’ll be able to choose from seven preset colors. To bring up the special palette of colors, just Force Touch (long press) a color, and you’ll get a palette as seen in the image below. This way, you can customize each of the preset seven colors so you can quickly access them in the future.