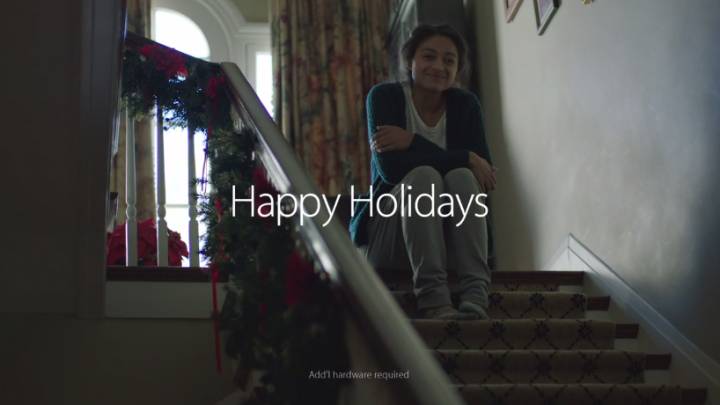 Apple amazed audiences in 2013 with an unexpectedly heartwarming holiday ad — called Misunderstood — which ended up netting the company a Creative Arts Emmy Award earlier this year for the most outstanding commercial of the year. The company on Sunday released a new commercial in time for this year’s holidays, and this time it has limited product placement, focusing instead on relationships.

Various Apple products are included or hinted at in the ad, including a MacBook Air, an iPhone and an iPad, though Apple is mostly interested in telling a touching story.

Titled The Song, the ad is exactly one minute and 31 seconds longs, just like Misunderstood, and is included in Apple’s “From one gift come many” campaign, which is also featured on a special page on Apple’s site.

“This holiday season, give the gifts of creativity, music, art, thoughtfulness, and generosity,” the page reads. “A gift from Apple has the power to inspire in countless ways.”

The video’s description on YouTube adds, “With a Mac, iPhone or iPad you have the power to create thoughtful, emotional gifts and memories that transcend time. It could be a movie, a homemade card or a song that brings two generations closer together.”

The ad ends with a “Happy Holidays” wish from Apple to its customers.