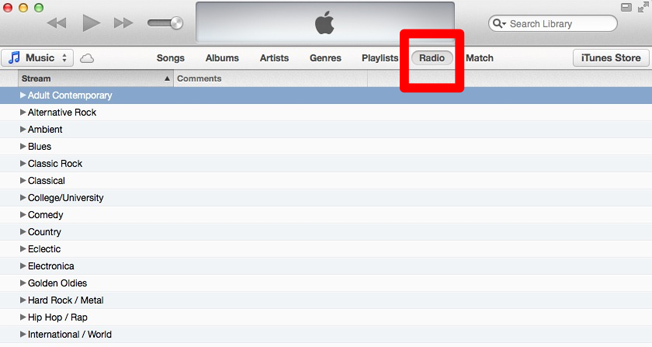 Apple (AAPL) has been rumored to be prepping a streaming radio service for more than a year now, and according to a number of recent reports it looks like 2013 will finally see the company’s Pandora competitor become a reality. BTIG analyst Richard Greenfield on Friday issued a note clarifying that Apple’s streaming radio service — or “iRadio,” as he calls it — will launch in 2013. The analyst points to obvious indications in Apple’s iTunes 11 redesign in stating that the service’s launch is imminent. Greenfield also believes that Apple’s radio service will launch “well before” any television services that Apple may currently be working on.

“iRadio appears to be a product that will materialize far sooner than some form of Apple Television product, which continues to be a work in progress,” the analyst wrote.

Greenfield continued, “In August 2012, we revisited the Apple Television debate, where we highlighted three key issues holding the product back: Nationwide Coverage, Are Managed Services Legal and TV Everywhere Usage restrictions as a follow up to our April 2012 blog post, where we stated:

Apple’s pursuit of the television will take longer to come to fruition than investors are likely expecting.

While we believe MVPD/ISPs such as Comcast and Time Warner Cable stand to benefit immensely from opening up their API to enable a premium priced Apple generated user interface, we believe the product could take at least another year to materialize, if not longer due all of the aforementioned challenges.”

In the near future, however, BTIG sees the upcoming streaming music service as an integral part of Apple’s strategy moving forward. “We continue to believe an iRadio product is critical for Apple to create a local advertising/commerce strategy, tying together Maps, Passbook, Siri and a new music service (which we are calling iRadio for now),” Greenfield concluded.