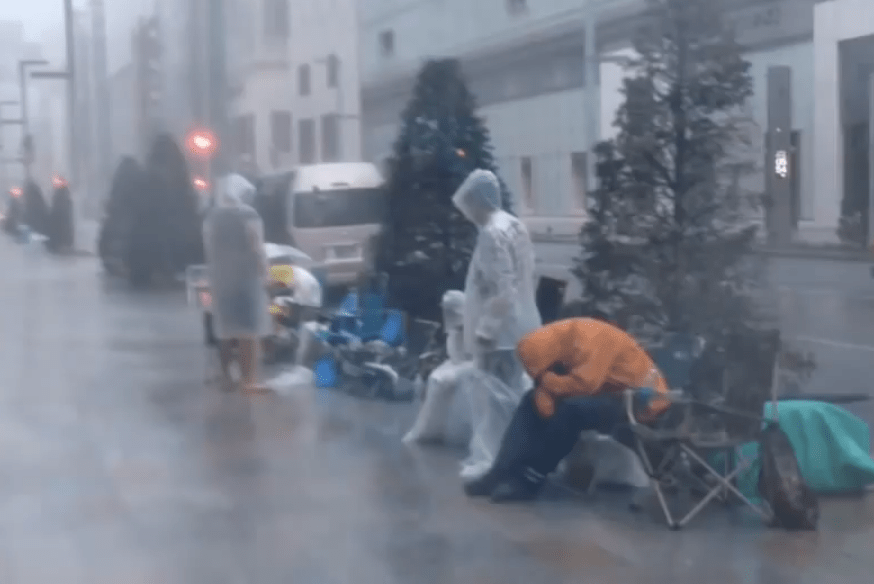 Just how absurdly, ridiculously dedicated are Japanese iPhone fanatics? So dedicated that they’ll apparently sit outside through a typhoon just so they won’t lose their spot in line at the Apple store. A powerful typhoon swept through central Japan over the weekend and it still wasn’t enough to force fans waiting outside a Tokyo Apple store for the iPhone 5s to seek shelter elsewhere. Workers in the Apple store took pity on these soggy souls and let them stay in the Apple store’s theatre until the typhoon blew over. We’ve heard in the past from psychologists that Apple fans wait in line together to boost their own self-esteem and we have to admit that toughing out a typhoon just so you can be the first to get a new smartphone is certainly something that builds character. A video of the iPhone typhoon refugees follows below.