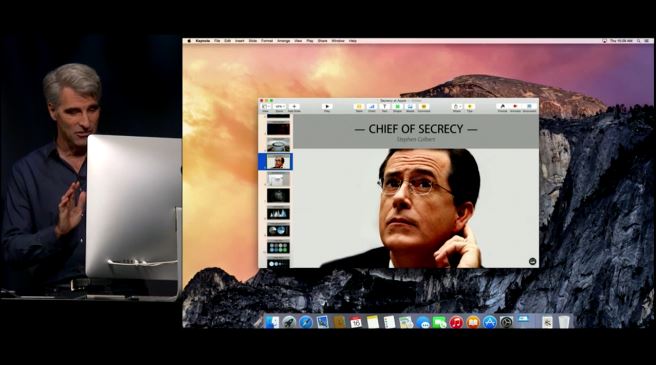 On Thursday, Apple held an event and unveiled the new iPad mini 3, iPad Air 2 and a refreshed iMac with a 5K Retina display. Apple executives weren’t all business while on stage in California, however, as Apple’s software chief Craig Federighi took some time to reveal to the world that Apple has enlisted Stephen Colbert as its new “chief of secrecy.”

As you will see, Apple needed a new chief of secrecy, and Stephen Colbert was obviously the best choice for the job after all of the recent Apple leaks.

Check out Apple poking fun at itself with the comedian below.