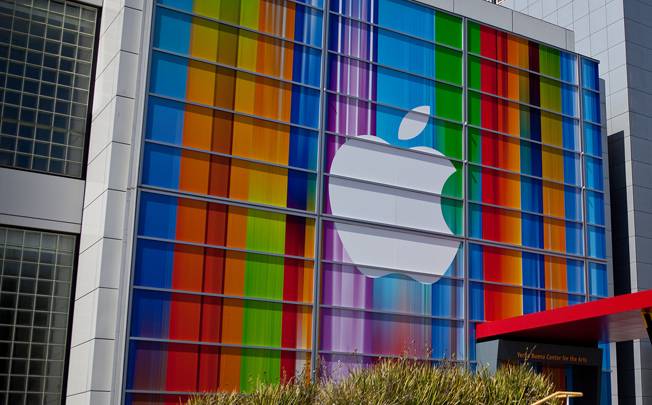 Before 2012, Apple’s share price fared notably well after the summer or early autumn iPhone announcements. Predictably, this led to investors bidding up the share price in the run-up to the 2012 announcement of the iPhone 5. This caused much grief as Apple peaked at $700 a few days after the iPhone 5 was announced and then started a long slide, all the way to $400. Now investors are feeling hopeful again, buying Apple ahead of Tuesday’s announcement. Apple is up more than 25% from June lows. This could be a problem.

One reason why Apple was so weak after the iPhone 5 announcement was that the phone wasn’t that exciting. It did not trigger as much upgrade buying as was anticipated and in the March quarter of 2013, Apple missed the iPhone volume consensus by a mile. On the other hand, after expectations had come crashing down, Apple beat iPhone volume consensus for the June quarter by a mile. In this sense, the share price of Apple is a carnival mirror that delivers the opposite of what people expect to see. Now that investor hopes are rising again, it will be tough for the company to beat expectations.

But there is also one very specific reason why Apple may have lost the ability to please the markets with its product announcements: The surprises are gone. Product details of new iPhones used to be tightly controlled and almost leak-proof. But now that early production volumes are so massive, it has become impossible to isolate every link in the supply chain. Hyper-detailed information about iPhone 5S and 5C has been leaking for months. This sets up a situation where investors will be perilously close to getting that “Is that all?” vibe very soon after the Tuesday event.

One particularly thorny challenge Apple faces this week is the pricing of the iPhone 5C. If the model is not priced below $400 without subsidies, it is inevitably going to look like a timid half measure. On the other hand, a rock bottom price would spook investors worried about margin erosion. It is hard to see what would be the magic price point that would satisfy both investors yearning for strong Asian market share gains and solid margins would be — maybe $375 in retail. It is unlikely that Apple is going to hit precisely that point, which could lead to some knee-jerk selling later this week.