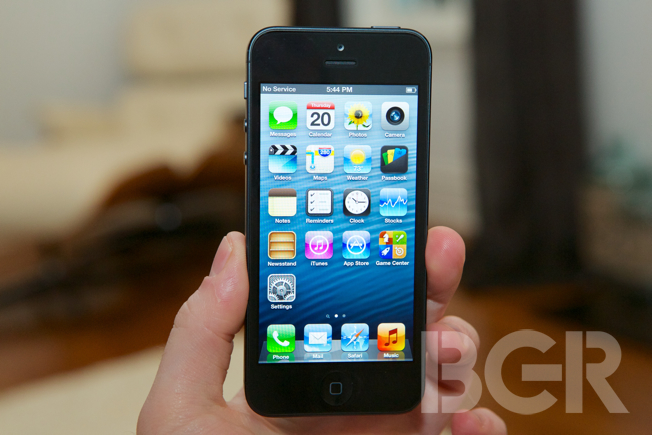 Samsung (005930) was estimated to pull in $13 billion in revenue from Apple (AAPL) next year, however in the wake of the ongoing legal disputes between the two companies, the iPhone-maker has begun to shift away from its dependence on the South Korean manufacturer. Apple is now relying on companies like LG Display, AU Optronics and others for many of its components. Recent reports have suggested that the Cupertino-based company will also be shifting its CPU business away from Samsung. Amit Daryanani of RBC Capital noted that such a move would require “a complete redo of production and manufacturing processes,” and could take a minimum of 12 to 18 months to complete.

“Shifting chip manufacturers isn’t easy and requires a complete redo of production and manufacturing process,” Daryanani wrote in a research note to clients on Friday. “Hence, these changes will take 12-18 months at minimum and won’t be commercially sold ’til 2014.”

If Apple goes through with this plan, the analyst believes the company only has four options to turn to — Taiwan Semiconductor Manufacturing Company (TSM), Intel (INTC), Global Foundries or Go Vertical. Earlier reports from Digitimes, along with reports from other analysts, have suggested Apple intends to move its processor business to TSMC. The move could cost TSMC between $1 billion and $3 billion, which Daryanani notes could give Apple the opportunity to co-invest in the company to help ease its capital expenditure.

The analyst notes that a move to Intel is seen as less likely due to Apple’s investment in the ARM architecture, making a transition to Intel chips more difficult. He notes that Intel is currently ahead of ARM in development by 1.5 generations, however, and is currently working on a 14-nanometer chip.

Another possibility could be using Global Foundries, a company that is already working with ARM to build a 20-nanometer chip based on ARM’s specific design. Apple may also be looking to “go vertical” and opt to build its own chip, although this is seen as unlikely because the company has “maintained an asset-light manufacturing model” throughout the years.