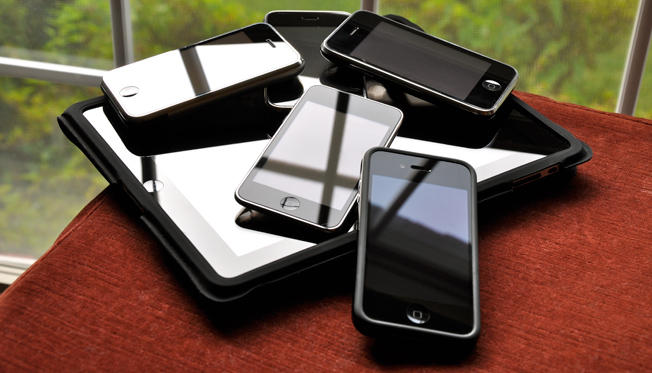 Apple cares about the environment and it really, really wants the world to know it. The company is making its renewed efforts to be more environmentally conscious known and in the process, Apple launched a new website and a used gadget recycling program.

“We want to leave the world better than we found it,” Apple stated at the top of its new site. As part of that effort, the company will immediately begin accepting any and all old Apple devices at its retail stores to be recycled. The company also said that if the devices being traded in appears to be resaleable, Apple will give customers a store credit in exchange for the gadget.

No details were provided as far as how much customers might receive for various Apple devices.

The company also made it a point to clarify that it is working to make its products with fewer harmful toxins so that they’re better for the environment and safer for both users and the workers who build them.

“Many substances commonly used in the electronics industry can be harmful to people or the planet,” Apple wrote on its website. “So we design our products with cleaner, safer materials to reduce and eliminate these toxins. And we hold our suppliers accountable — we conduct factory audits, test components with independent laboratories, and verify the results in a lab we built at our headquarters in Cupertino. It’s our mission to make sure anyone who assembles, uses, and recycles an Apple product can do so safely.”