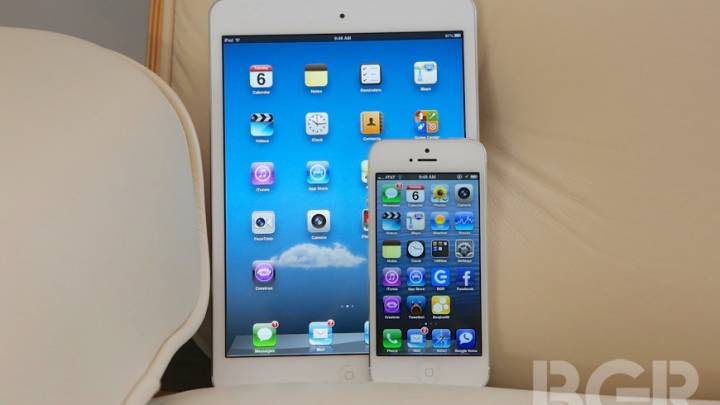 Shares of Apple (AAPL) are down more than 20% in the past three months from highs in the $700 range. Despite guiding for a record holiday quarter, Wall Street continues to be split on Apple’s future. Some analysts expect the company’s success to continue while others have argued that “people overbelieved in Apple.” Rob Cihra of Evercore Partners thinks the company will report record sales on January 23rd when it posts its fourth quarter earnings results.

In a recent note to investors picked up by Apple Insider, the analyst estimated that Apple could report having sold 50 million iPhones in the fiscal first quarter, representing a 35% year-over-year increase and 86% growth from the previous quarter. He also believes the company may have sold 24 million iPads during the quarter, a 56% year-over-year increase and a 71% boost from the third quarter.

Cihra expects Apple’s tablet growth to be driven largely by the iPad mini, which he believes could account for as many as 10 million units. He notes that the smaller device is still seeing strong demand following its “booming launch.”

The strong growth of the iPhone and iPad won’t be matched by the company’s Mac line of computers, however, with sales estimated to have decreased 3% year-over-year with a mere 5 million units sold in the December quarter. The analyst attributed the low numbers to supply constraints regarding the new iMacs.

While Cihra believes the company’s December quarter will be massive, he notes that its rapid roll-out of the iPhone 5 could lead to production cuts in the March quarter, when sales are expected to drop to 39 million units. The analyst trimmed his price target on shares of Apple to $750, down from $775, although he maintained his Overweight rating and noted that his sales figures are “wholly conservative.”