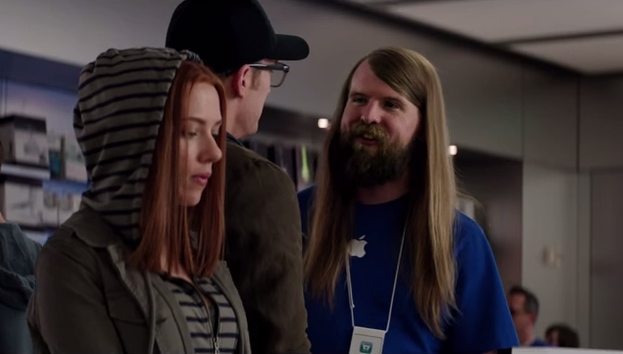 Whether or not you’re watching TV at home or relaxing at the movies, Apple products have a tendency to pop up on-screen at any moment. Though Apple doesn’t pay for product placement, it certainly has no problem with bestowing large boxes of Apple hardware to production companies in the hopes that iPhones and Macs make it onto some of the biggest TV and movie hits of the year.

That being the case, it shouldn’t come as much of a surprise that Apple was the recent recipient of a Brandcameo Product Placement Award for getting more screen time in more top movies than any other brand.

Three years have passed since Apple last won this award. After wins in 2010 and 2011, Apple’s onscreen dominance wilted. But Apple is back on top, though barely. Apple products appeared in nine of the 35 films that topped the U.S. weekend box office in 2014, or about a quarter of all #1s.

Apple bested both Coca-Cola and Sony by a single appearance, for which Apple can thank “The Lego Movie.” The Apple logo doesn’t appear in the film but Lord Business does talk about his iPod Shuffle. Recent winners Budweiser (2013) and Mercedes-Benz (2012) showed up in a distant five and six times respectively.