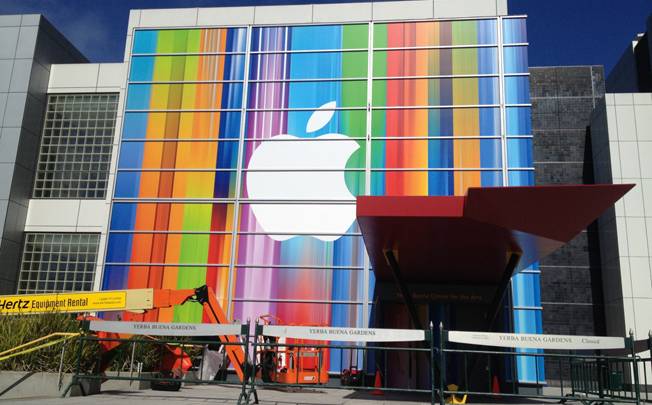 Apple on Monday unveiled the newest version of its Mac operating system, which it’s dubbed OS X Mavericks. The new OS features new tabs for its Finder feature that let you open up multiple Finder windows, tags for documents that can help you find documents throughout multiple locations, and menus across multiple displays.

The tags are a particularly interesting feature that Apple has put in the left-hand sidebar on Finder that let you quickly give files a new tag just by dragging and dropping them into a specified tag. The tabs for Finder, meanwhile, are exactly what they sound like: They give you the ability to open multiple windows within the same Finder box so you can search for many different things at the same time without having to open up several different Finder boxes at once. As for the multiple display support, Apple demonstrated how you can now use OS X to port the screen on your MacBook seamlessly onto an Apple TV display, thus making your television essentially a second screen for your laptop.

Another important feature for OS X Mavericks is the improved notification integration between OS X and iOS. The new OS X Notification Center will deliver iOS notifications that appear on your iPhone’s lock screen right on your desktop and let you type quick replies to them without having to pick up your phone. OS X is also getting another iOS feature that many users may not want: Its much-maligned iOS Maps application that CEO Tim Cook had to apologize for when it released last year.

Apple is releasing a preview version of Mavericks to developers immediately and is planning to release the final version of the new operating system in the fall.