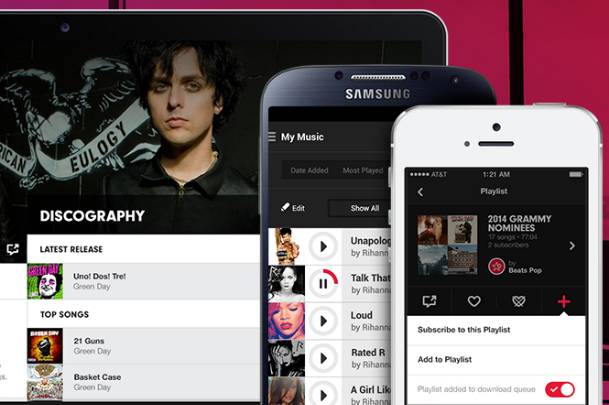 Apple is expected to soon unveil its own music streaming service that’s supposed to take on the big players in the streaming music business, including Spotify and others. A new report says that Apple might be interested in launching its new music service in international markets as well, not just the U.S.

DON’T MISS: Internet Health Test aims to tell you if your ISP is violating net neutrality

According to Billboard, Apple is already negotiating an early launch in Russia for its Apple Music streaming service, a move that suggests the company might be eager to make it available in many markets as soon as possible.

Russia might be among the first markets to get the service, sources at leading Russian record labels have told a local publication, without revealing any details about Apple Music prices or rollout dates.

Music streaming is very popular in Russia, Billboard says, with the segment having grown to almost $6 million last year, a 214% increase compared to the previous period.

On the other hand, the publication notes that the current economic conditions in Russia might not be ideal for launching a music streaming service. Spotify was also supposed to expand its service to Russia, but canceled its plans on account of the falling ruble and the new personal data protection legislation in the country.

Apple is likely to unveil its music streaming business in the near future at WWDC as part of its big reveal of iOS 9.