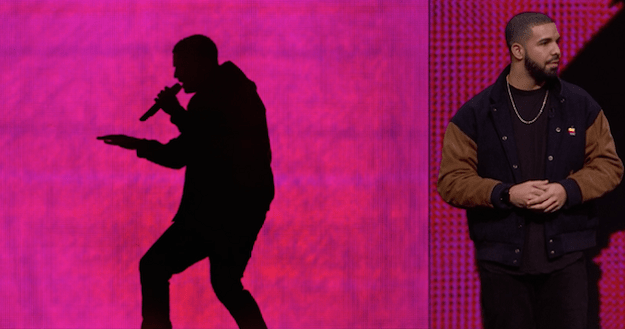 Apple Music’s stumble before the service has even gotten out of the starting gate, via the initial decision to not pay artist royalties during the three-month customer trial period for the new streaming service, has drawn the ire not only of pop superstars like Taylor Swift. The move – which Apple reversed this week in the wake of pressure from Swift, who posted an open letter to the tech giant on Tumblr that came after weeks of criticism from other artists and labels – also rankled at at least one former executive from Apple itself.

RELATED: Someone Ran the Numbers on Apple Music’s 3-Month Trial Period… And Taylor Swift was Right

Brian Lawley, who describes himself as a former project manager for the MacOS human interface, thinks his former employer was “arrogant” when it comes to the initial decision about royalties. But his dissatisfaction also runs deeper, in a way that says as much about Apple’s entire music offering and the user experience around it as it does the rollout of the company’s attempt to blunt Spotify, Pandora and the like.

For starters, Lawley told BGR he thinks Apple “certainly didn’t have the artists’ best interests at heart” where the initial Apple Music launch was concerned. That, of course, runs counter to the company’s attempts over the years to link itself closely to musicians in the public’s mind via things like iTunes and the iTunes festival.

“I’m happy to see that Apple reversed their policy about paying artists for playing their songs during the first ninety days and the free trial,” he said – not that he relies on Apple for any of his own music consumption.

He moved his entire record collection to Google Play two years ago and says he prefers the way it lets him access his music plus Google’s own music subscription service across any Web browser.

“No software to install, no clunky iTunes interface,” he said. “The big problem with iTunes is that it really has become a Swiss army knife. You use it for far more than music, and I found it to be a pain with how it managed my library, so I quit using it.”

Which, in a way, speaks to why Apple probably felt it had to launch a streaming service in the first place. Apple Music, which goes live June 30, is a reflection of how much the world has moved away from the industry landscape that justified the song download model that was central to the iTunes music store launch in 2003.

But as shown by the comments from Lawley – who’s also the CEO and founder of product management and marketing company the 280 Group – shifting to accommodate user preferences for streaming as opposed to buying all the tracks they consume is only one element of the user experience Apple probably needs to address.

For example, services like Google Play have gotten music fans like Lawley accustomed to managing their content through the Web, not software that has to be downloaded to a PC or laptop a la iTunes.

For now, it’s one change at a time for Apple. Apple senior vice president of Internet software and services Eddy Cue told Rolling Stone in the wake of the Taylor Swift flap that “music is a big part of our DNA and we always strive to make sure artists are paid for their work.”

“Apple isn’t getting rid of its long free trial but is now going to pay artists,” he tweeted. “This simply puts it at parity with all other players. Reminder: Apple uses music to make billions off hardware. Artists see nothing from this.”