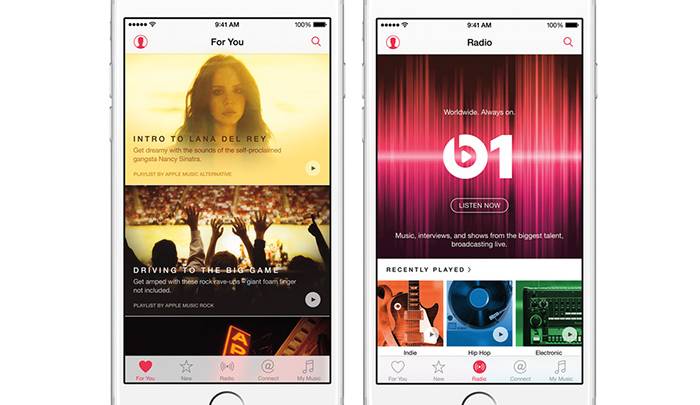 With Apple Music now out of the bag, Chris Johnston of The Guardian recently penned a piece detailing just the myriad of new listening options users can now dive into and enjoy. Without question, Apple Music is Apple’s most ambitious music project to date, and in turn, there’s a completely new UI to learn.

Somewhat strangely, Apple hasn’t really put out an easy to digest cheat sheet laying out how to navigate Apple Music. Thankfully, Johnston steps in and fills in some of these blanks.

Starting off, you’ll see a “For You” option located on the bottom left of the Apple Music UI. This is music that Apple thinks you will like based on your existing music preferences. This section is filled with album suggestions and introductions to artists that Apple’s music gurus think you might have an affinity for. Notably, any time you’re playing a song, you can simply tap on the heart icon to the left of the music player which will tell Apple Music to take your updated musical tastes into consideration.

To the right of “For You” is an option called “New.” This option presents users with new music Apple’s curators want to introduce you to. This is also where Apple has somewhat hidden its curated playlists which, from what we’ve seen so far, are pretty good.

The next button is New: unsurprisingly the top offering is Freedom, the new track from Pharrell Williams that is an Apple Music exclusive; other panels include new music, hot tracks; recent releases; new artist spotlight; top songs and – quite a nice touch – music videos…

The section is more attractively presented and considerably more comprehensive than the Browse area of Spotify, which has charts, new releases, discover, and dozens of playlists under “genres & moods” such as party, workout and dinner.

Next up is the “Radio” option, which is pretty self-explanatory. What’s worth noting though, is that in addition to being the home for Beats 1 Radio, Apple has also populated this option with a number of other radio stations based on genre.

Up next, we have “Connect.” This option is a portal which allows artists to connect directly with fans. As Apple itself describes, this is where “musicians give their fans a closer look at their inspirations, and their world. It’s a main line into the heart of music – great stuff straight from the artists.”

We’ll undoubtedly have more to say about Apple Music in the coming days as we give it a proper spin ourselves.