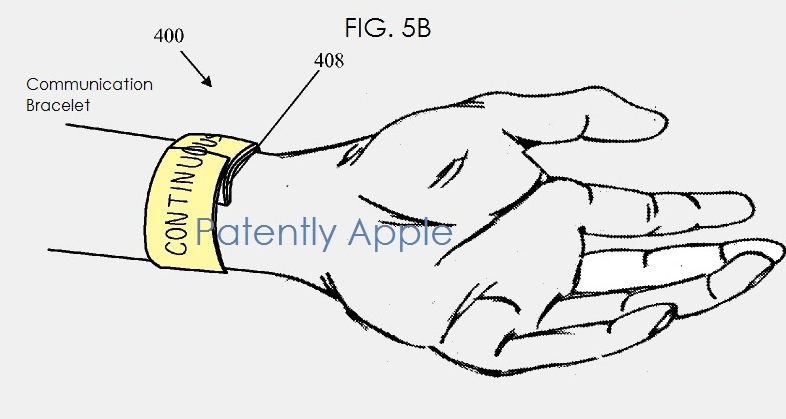 Apple (AAPL) has always been known for its trend-setting designs, but it looks like an early sketch of its long-rumored “iWatch” took a page from a long-forgotten fad from the early ’90s. Patently Apple has some good analysis of a 2011 patent filing that shows Apple has been working on a wristwatch that is essentially “a slap bracelet configured to display information wirelessly transmitted from a portable electronic device.”

The flexible display is particularly intriguing because rival Samsung (005930) has also been experimenting with flexible touch screens over the past couple years. But while Samsung has been proudly showing off its flexible display technology at trade shows, it seems that Apple has been working with the same technology quietly behind the scenes as well.

It is important to note that while some technical details covered by this patent may carry over to a launch version of Apple’s smartwatch, the odds of the “iWatch” actually resembling the device detailed in this filing are beyond slim.