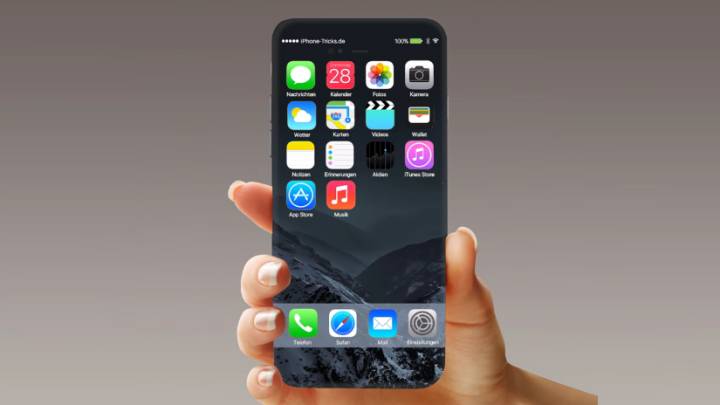 It might sound like a wild theory, especially considering where it’s coming from, but a well-known Apple analyst has just predicted the death of the iPhone. No, this isn’t a story about Apple’s impending doom, which some people continue to warn us of even while Apple is the most valuable company on the planet. Instead, it’s a possibly reasonable but potentially outlandish prediction of when the iPhone will die and what Apple will use to replace it.

In a fresh note to investors on Monday that was seen by Fortune, Piper Jaffray analyst Gene Munster explained that Apple might replace the iPhone with a VR/AR product in the distant future — more than 15 years from now.

Munster definitely doesn’t have the best track record when it comes to predictions covering Apple products. He claimed for years that Appel would release a standalone HDTV of its own, but nothing was ever released. Something may or may not have been in development, but it clearly never saw the light of day.

All the same Munster might be on to something when it comes to virtual reality (VR) and augmented reality (AR) technology.

“As a starting point, we expect in the next two years Apple will add VR to the MFi Program (Made for iPhone), which should make it easier for third parties to build virtual reality headsets powered by the iPhone, much like Samsung’s Gear VR today,” he said. “In the next 5-10 years, we expect Apple to release a mixed reality headset with the long term goal (15+ years) of replacing the iPhone.”

Even if this sounds like a wild prediction at this time, let’s not forget that everyone else is investing heavily in VR and AR too, including Google, Microsoft, Facebook, Samsung, HTC and many others. Apple has VR and AR plans of its own, having hired a large number of engineers with expertise in these fields. Furthermore, Apple made various acquisitions that might be related to VR and AR devices, and it has filed many patents that explore these new types of reality.

Mixed reality, by the way, is the “merging of real and virtual worlds to produce new environments and visualizations where physical and digital objects co-exist and interact in real time,” as Fortune explains it, via Wikipedia.

“We believe 10 years from now Generation Z will find reality inefficient,” Munster said. “Generation Z will see the benefits of mixed reality headsets that augment the world with real-time information as they need it and in their field of view, without needing to look at one piece of information at a time on a smartphone.”

Think about it for a second! What if the iPhone of the future is really a mix of the AR computers seen in Minority Report and the voice-based AI from Her. Would we still need a small screen in our pockets?

Munster sees Apple glasses that would cost up to $800 replacing iPhones at some point. But they’d likely be more a lot more advanced (and stylish) than something like Google Glass. Even if Munster is wrong about Apple wanting to replace the iPhone with an VR/AR contraption, he’s not wrong to suggest that Apple is definitely going to want to be at the forefront of this technology moving forward.