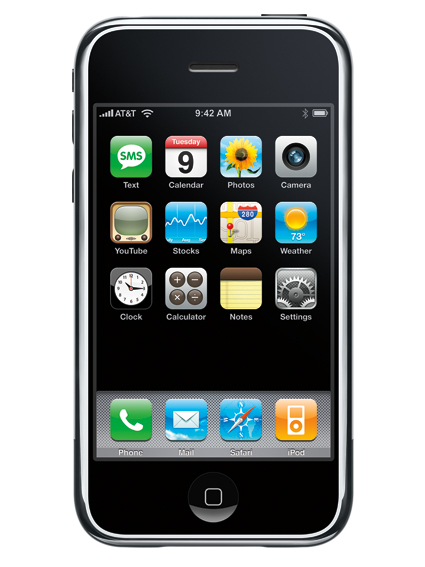 What is the most hyped-up consumer device to ever launch? If you said the i-mate JAQ, you’re wrong. It’s the Apple iPhone, and it has taken the general public by storm. People who would normally never ever consider buying an Apple product have went out and bought one (believe me, I conned 6 non-Apple users to buy one alone!), and everyone we talk to is still extaticly happy about their purchase. Sure there are some features we’d like to see added, and some things we’d like to see updated or changed, but for the most part, we’re still lovin’ it! The list below is something we threw together based on our personal experiences and obviously they may vary from person to person. Check them out below!

Again, we’re not bashing the iPhone. With all the differences in production units, we still have to say that this is the greatest designed and constructed phone to ever hit the market. It is rock solid in terms of build quality. For the most part, most of these “shortcomings” if you will, aren’t even big deals for us. Also, almost 99% of what we listed can be fixed with a software update. Apple has bypassed the carrier, rolling out software updates at their leisure, and hopefully they’ll continue. I mean, come on…there have been two updates already! That’s unheard of, and we applaud Apple for having a direct distribution method to the consumer. We love the iPhone, and our initial impressions still hold true: if you are not completely focused on having a perfect email device (a BlackBerry, primarily), we say go with the iPhone. It makes using a phone pleasurable, and to tell you the truth, even after two months we still can’t put our iPhones down! If we missed something or you think we’re blatantly wrong somewhere, let us know. We want to hear how you all are liking or hating the device, and what you’d like changed or added!