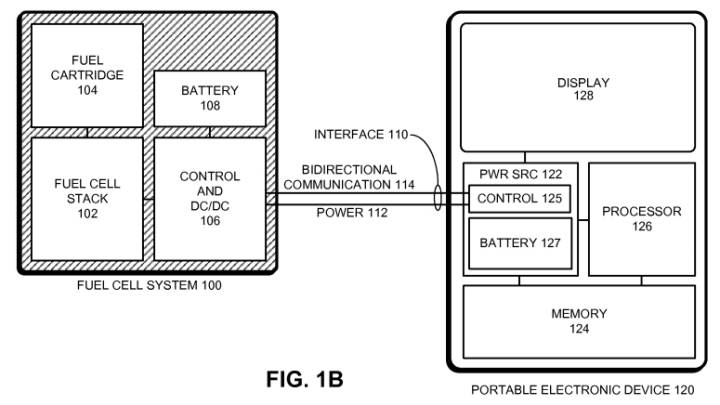 What’s the worst thing about our smartphones? You guessed it: Battery life. We travel with chargers, battery packs and/or spares, and we constantly chase plugs and hug walls. The only thing that’s probably worse than no battery life is not having any Internet – but at least that would conserve whatever charge is left in the smartphone, tablet or laptop.

Mobile device makers are doing their best trying to come up with smart ways of improving batteries, but nobody has found the miracle formula yet. Not even Apple, whose battery life on new iPhones is more than decent. But the company is studying an absolutely cool way of fixing iPhone and MacBook battery worries once and for all – and this technology might prove to be a game-changer for iPhones.

A few days ago, a U.K.-based company revealed a modified iPhone that packed a fuel cell that would last for a week – the drawback is that you’d have to physically charge the battery yourself once the liquid is depleted. Many thought at the time that Apple should consider such tech for its own devices. And it turns out the company is doing exactly that.

The patent application mentions portable computing devices as the recipients of such technologies, and Apple also says that “mobile phones” might also use such batteries.

Interestingly, Apple acknowledges that such technology could power mobile devices for weeks or days.

“Hydrogen fuel cells have a number of advantages. Such fuel cells and associated fuels can potentially achieve high volumetric and gravimetric energy densities, which can potentially enable continued operation of portable electronic devices for days or even weeks without refueling. However, it is extremely challenging to design hydrogen fuel cell systems which are sufficiently portable and cost-effective to be used with portable electronic devices,” the company writes.

However, just like with other patents describing new hardware and software initiatives, this patent application is no guarantee the company will actually use the technology in upcoming products.

More details about the Fuel Cell System to Power a Portable Computing Device patent application are available below.