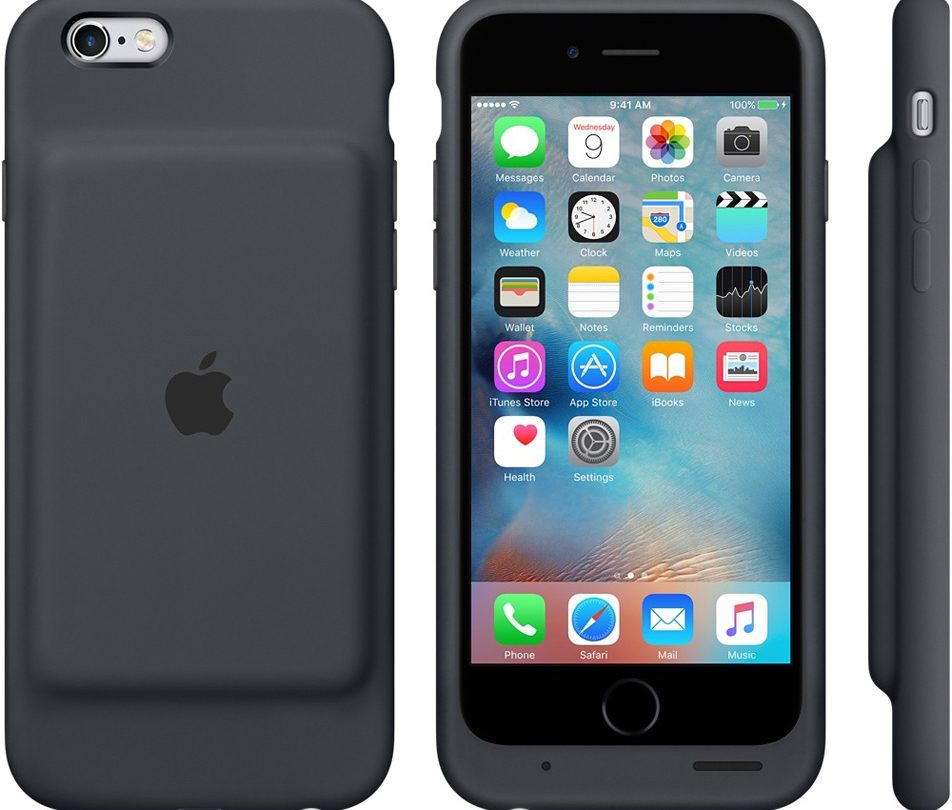 The avalanche of negative responses to Apple’s new $99 battery case for the iPhone 6s seems to have caught the company off-guard. Not only was Tim Cook seemingly forced to defend the case’s design (a somewhat rare occurrence), but rivals such as BlackBerry and Asus were quick to seize the opportunity and take a few jabs at Apple’s latest accessory.

Of course, the design choice that has the masses critiquing Apple’s design chops is the ‘hump’ that conspicuously resides on the back of Apple’s Smart Battery Case. For many, the ‘hump’ represents a lazy design that doesn’t live up to Apple’s historically high bar for innovative product development. That being the case, some have wondered if there was perhaps more to the story. Nilay Patel from The Verge, for instance, posted an interesting article advancing the theory that Apple’s design options were limited due to a bevy of patents from industry leader Mophie.

“The biggest name in battery cases is Mophie,” Patel writes, “and Mophie has tons of patents on the design and functionality of these things. Reading through a few, it’s hard not to see Apple’s case as being deliberately designed around Mophie’s patents — including that unsightly bulge.”

Might this be true? Was Apple — the same company that sued Samsung for implementing rounded corners in their products — ironically forced into choosing a design that many have categorized as ‘ugly’?

For starters, Tim Cook recently praised the design of the new Smart Battery Case because it’s easy to get on and off, something that can’t necessarily be said for most competing battery cases. Additionally, the always well-informed John Gruber of Daring Fireball recently splashed some cold water on Patel’s patent theory.

Patents, by the way, are a non-issue regarding the Smart Battery Case’s design. A well-placed little birdie who is perched in a position to know told me that Nilay Patel’s speculation that the unusual design was the byproduct of Apple trying to steer clear of patents held by Mophie (or any other company for that matter) are “absolute nonsense”. This birdie was unequivocal on the matter. Whether you like it, hate it, or are ambivalent about it, this is the battery case Apple wanted to make.

Personally, I feel that the hoopla surrounding Apple’s new battery case is much ado about nothing. Every single battery case worth its salt makes a phone cumbersome and bulky, there’s simply no getting around it. So is Apple’s effort the sleekest battery case we’ve seen? Perhaps not, but it’s positioned as an accessory for people who care more about prolonging the life of their device than they are with having something that looks incredibly sleek.

Say what you will about the ‘hump’, but it does make the device on the whole easier to plug into any number of docks. Additionally, it makes the device easier to hold than your everyday bulky battery case. Like any new product, there are pros and cons.

My guess is that most people who have been the most vociferous in decrying the design aren’t even in the market for a battery case in the first place. If anything, critiques of Apple’s Smart Battery Case shouldn’t center on the overblown ‘hump’, but rather that other battery cases offer users more energy bang for the buck than Apple’s own $99 offering.

All that being said, the incessant whining about Apple’s new battery case is baffling, with Slate even going so far as to proclaim that the accessory (an accessory!) “is a sign of trouble in Cupertino.”