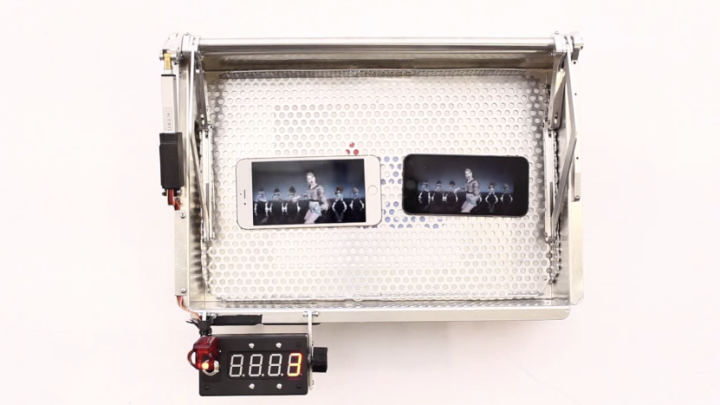 Apple might have the competition beat when it comes to sales figures, but there’s plenty that the iPhone 6 can’t do. One of the most requested features from most smartphone buyers is water- and dust-resistance. We want our electronics to be able to survive in less than ideal settings, and while both Sony and Samsung have both championed the versatility of the Xperia Z3 and the Galaxy S5, respectively, Apple’s hardware is still more vulnerable to the elements.

PREVIOUSLY: Here’s yet another freaky ‘accident’ your iPhone 6 Plus won’t survive

Although Apple might still be at least a generation away from a waterproof smartphone, warranty service provider SquareTrade has found that the iPhone 6 and 6 Plus could actually survive for at least a short amount of time when fully submerged in water.

After 10 seconds underwater, SquareTrade removed the phones. Other than the audio temporarily cutting out, there wasn’t any visible damage on either phone.

When iFixit tore down the iPhone 6 last week, the repair team photographed rubber gaskets surrounding the power and volume buttons in what they assumed was an effort by Apple to improve the durability of its most popular device. This isn’t a guarantee that your iPhone 6 or 6 Plus would survive a dive into the deep end of the pool, but splashes and accidents might be a little less worrisome this generation.

Watch the breakability video below and be sure to jump to 0:47 for the water test: