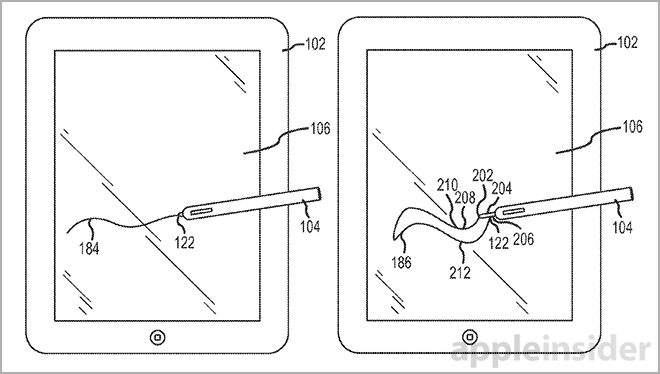 “Nobody wants a stylus!” Steve Jobs once famously said. However, it looks like Apple is seriously rethinking this proposition because a new patent spotted by AppleInsider gives us some fresh details on how the company might incorporate a stylus into its iPad.

As we saw in an earlier Apple stylus patent filing, Apple sees the stylus much more as an add-on for its devices and not a core component. Apple’s proposed stylus has an extendable “nib” that can be lengthened and shortened to give users the ability to draw slimmer or thicker lines on their displays.

“Unlike current styli, Apple’s invention notes that the conductive nib may have variable interaction surface dimensions dictated by length,” AppleInsider comments. “For example, a nib can have a limited interaction surface when set to a position close to the stylus chassis for drawing thin lines. By extending the nib outside of the stylus’ body, it will be able to interact with a screen at more than one touch node. ”

Will the iPad stylus ever see the light of day? The most likely device to incorporate it was the larger iPad Pro that Apple was reportedly designing with an eye toward education markets. However, recent reports have indicated that Apple has shelved that project for now, which means that any plans to show off an “iPen” are likely on the shelf for now as well.