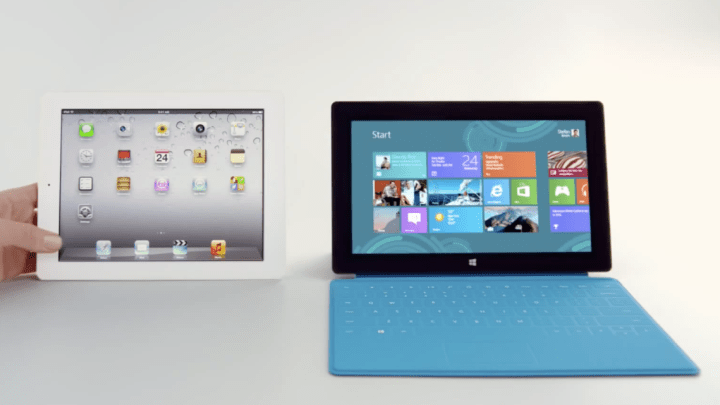 Apple gets a lot of unique advice from excitable analysts, and the latest research note from the always-excitable Barclays analyst Ben Reitzes doesn’t disappoint. Per Barron’s, Reitzes thinks that Apple’s iPad lineup has grown stale and that it would get a big boost if it took more cues from the Microsoft Surface by adding more core PC functionality.

“We believe that Apple is seeding its iOS install base for a real second run at the PC market with an iPad/Convertible type product that does what the Surface was supposed to do,” Reitzes writes. “Within a year and a half we believe Apple would be well served to explore the addition of larger screened iPad to its line up, perhaps of the 13 inch variety. The key is that this product could finally be the one to include a real Apple-made keyboard cover accessory with a track pad.”

While a larger 13-inch iPad with a snap-on keyboard may have some appeal, it does seem odd for Reitzes to suggest that Apple needs to revive interest in the world’s most popular tablet by making it more like one of the most notorious consumer electronics flops of 2013.

Reitzes, for those who don’t remember, was previously seen penning caps-lock-enhanced missives advising Apple to do “SOMETHING” by September to remove itself from a “frozen state.”