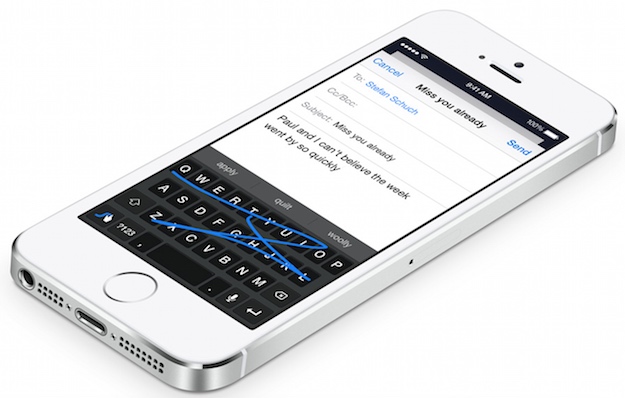 One of the longstanding complaints about iOS was that Apple, in stark contrast to Android, wasn’t open to third-party keyboards. Thankfully, with the introduction of iOS 8, Apple revamped its keyboard software in a major way. Now comes word that Apple may have a few more keyboard tricks up its sleeve, at least as it pertains to the iPad.

TechCrunch is reporting that Apple recently acquired Dryft, an interesting startup known for develop a tablet-based virtual keyboard that gives users the ability to adjust the layout to specifically fit their own hands.

“The Dryft keyboard appears on screen only when the user places their fingers on the display,” TechCrunch writes, making it “a unique way of creating an on-screen keyboard. It’s essentially a keyboard for tablets that tracks your fingers’ movements.”

It’s worth highlighting that Dryft’s CTO was Randy Marsden who, before Dryft, helped co-found Swype, the extremely popular virtual keyboard app that’s been a hit with Android users for quite some time now.

According to Marsden’s Linkedin profile, he’s been with Apple since September as the company’s “iOS Keyboard Manager.”

A video demo of Dryft, conducted by Marsden himself, can be seen below. It’s pretty cool technology which, one can only hope, may soon find its way onto the iPad. Given the keyboard strides Apple made in going from iOS 7 to iOS 8, one can only assume that iOS 9 will have some exciting surprises in store for us as well.