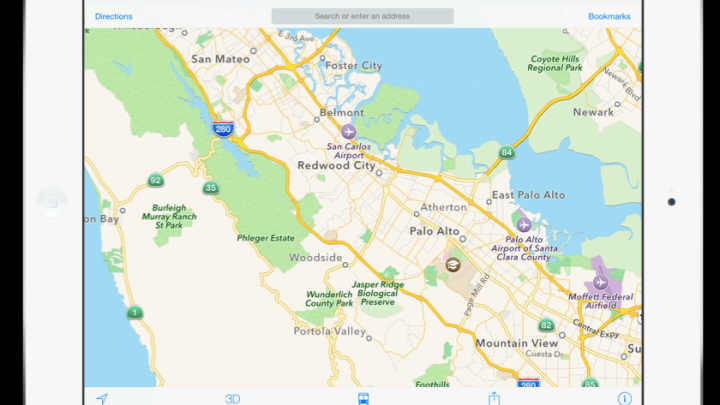 One of the most sought-after features for iOS 8 was transit directions in the Maps app, a feature Apple removed when it switched from Google Maps to its own home-grown mapping solution. But last Monday, Apple did not announce transit directions during its annual World Wide Developers Conference. However, it turns out that Apple may have accidentally leaked screenshots of the upcoming new Maps feature during a WWDC session video.

The screenshot, which can be seen above, shows an icon of a train or a bus at the bottom center of the screen, which presumably indicates transit directions. It comes from the session titled “Power, Performance and Diagnostics: What’s new in GCD and XPC,” and BGR was pointed to it by Jesper.

While this may be a simple prototype app for demonstration purposes only, the screenshot is in line with rumors we have seen leading up to WWDC. In March, 9to5Mac reported that Apple was going to introduce transit maps in iOS 8 after its purchases of BroadMap, Embark and HopStop.

Then in May, 9to5Mac reported that transit maps might be delayed until iOS 8.1. If the screenshot above is from the actual Maps app, it looks like this may be the case.

A clearer image of the new icon in Apple’s upcoming tweaked Maps app follows below.