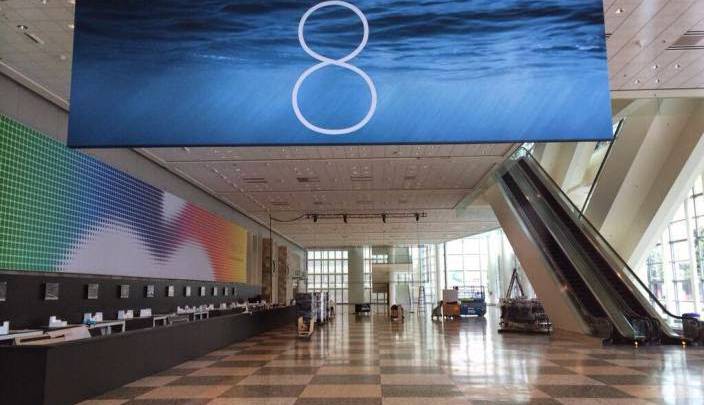 Apple’s WWDC 2014 got off to a strong start on Monday when the company unveiled iOS 8, its newest platform for iPhones and iPads that has brought a host of changes including the highly anticipated HealthKit feature that will integrate fitness features for its expected iWatch. Other key features included in iOS 8 are an interactive notification center that lets you more easily access your messages and respond directly from notifications. This doesn’t just apply to emails either: You can also reply to invitations and even “like” Facebook statuses directly from the notifications center.

The new update also added some improvements to emails on iOS, such as the ability to swipe email drafts down without deleting them so you can get access to other messages in your inbox.

Another big addition is a new feature called Quicktype that supports predictive typing suggestions for the next words you’re likely to type. Most impressively, the new keyboard functionality will change its suggestions based on whom you’re communicating with, so it will suggest more formal language if you’re emailing your boss while suggesting more casual language if you’re emailing your best friend.

When it comes to Messages, Apple has added a new feature that will let you share your location with people in your threads so you see where each other is located. It’s also added a “tap-to-talk” feature that will let you just hold down your screen to turn on your microphone and speak your message into the thread. What’s even cooler is that you can listen to audio of one another’s messages just by raising the phone to your ear, essentially taking all of the hassle out of traditional voicemail services.

Best of all, you can finally leave group message threads or silence individual threads with Do Not Disturb.

As expected, the new HealthKit feature aims to help you monitor all your health metrics such as your heart rate, calorie intake and more. Apple is hoping that HealthKit will serve as a major platform for third-party developers to create fitness apps that will help patients track and share their health information with their physicians.

Apple has added a new Photos feature that will let you automatically upload any picture you take on your iPhone or iPad to iCloud, where you can get it on all your devices. The Photos feature lets you search for your pictures by their location, the date they were taken and whether you’ve stored them in a particular gallery.

Apple has boosted Siri’s capabilities as well — when you plug your iPhone into your car, you can simply say “Hey Siri” and it will flip on without having to once touch your phone.

The App Store has also gotten a big overhaul with some changes designed to make discovering apps easier. In one particular boon to developers, Apple is letting developers bundle their apps together and sell them at a discount. App developers can also now create preview videos for their apps that they can use to give demonstrations of how their apps work to potential buyers.

Apple is also for the first time letting app developers install their own third-party keyboards so that users no longer have to rely on the iPhone’s default keyboard and can replace it with one like Swype. Touch ID, Apple’s fingerprint scanning and identification system, has now been opened up for third-party developers as well, which could be a big boost for mobile payment apps.

HomeKit, meanwhile, is a new software development platform that will help developers create apps that will help make the iPhone your remote control to help you control your thermostat and other household appliances. This is going to be Apple’s big play into the “Internet of Things” system of smart devices that are all connected throughout your home.