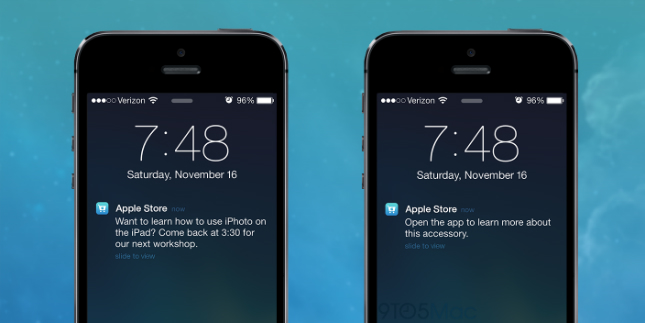 There was a great deal of interest surrounding Apple’s iBeacons when they launched alongside iOS 7 late last year, but as they are still in the initial stages of deployment, we haven’t seen much data regarding their effectiveness. Advertisers claimed that the potential for iBeacons as a new platform was vast, and now we’re finally beginning to see the results. 9to5Mac shares a report from InMarket, a company currently installing iBeacons in grocery stores, which illustrates the point of the advertisers perfectly.

Using Hillshire Brands as an example, InMarket announced that purchase intent for the company’s American Craft link sausages increased 2ox after the installation of iBeacons, representing a “500% increase over the CPG average for mobile ad engagement.”

We started experimenting with location-based technologies and increased focus on mobile a year ago, recognizing that location is key to engaging with our consumers,” said David Ervin, Director of Integrated Marketing for Hillshire Brands.

Having identified that the target consumer for American Craft Link Sausage was less likely to bring in and redeem traditional print coupons in stores, Hillshire, BPN and inMarket designed a mobile-first campaign that leveraged beacon and geofence technology to identify potential customers in-store and serve them relevant, timely information that they could use immediately to shop. Consumers were alerted of American Craft in-store, and were offered them the opportunity to add the product to their shopping list, earn points for engaging with the product or coupons for purchase.

There was also a marked increase in brand awareness and overall sales throughout the iBeacon campaign for American Craft. Within 48 hours, the mobile ads had already attracted 6,000 in-store engagements. Needless to say, countless other brands will be champing at the bit to include iBeacon campaigns in their marketing strategies if these results remain consistent.