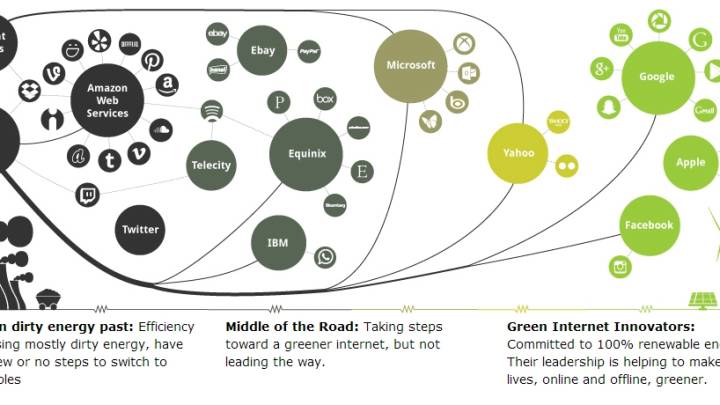 Three years ago, Apple was slammed by Greenpeace for being one of the dirtiest tech companies in the industry, due in part to its decision to locate its data center in North Carolina. In 2014, Apple appears to have made a complete recovery as Greenpeace now lists Apple as one of the leaders of “green internet” innovation. The latest report from Greenpeace awards Apple straight A ratings in transparency, policy and advocacy, and a B in efficiency.

“Apple’s commitment to renewable energy has helped set a new bar for the industry, illustrating in very concrete terms that a 100% renewable internet is within its reach, and providing several models of intervention for other companies that want to build a sustainable Internet,” says Greenpeace.

Facebook managed to ace the test as well, followed closely by Google, but some of the other big names in the industry couldn’t even muster average ratings. Amazon and Twitter stand out as two of the worst offenders, failing in every category while remaining “stuck in dirty energy past.” Check out the complete list on Greenpeace’s website.